Putin is embarrassed because of the ridiculous jokes about girls 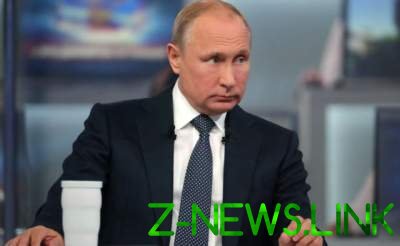 Social networks did not appreciate the joke.

This time it was embarrassing when meeting with women officers of the 1st regiment of operational police in Moscow.

About this Bravo has reported in his personal microblog on Twitter of the ordinary propagandist Dmitry Smirnov, who continues to be called “a journalist of the Kremlin pool”. 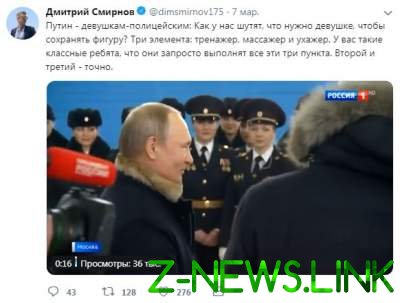 “Vladimir Putin – the girls-the police: As we have a joke that a girl needs to save the figure? Three elements: trainer, massager and boyfriend. You have such great guys that they easily fulfill all three of these items. The second and third for sure,” – he wrote in his microblog

Users reacted angrily to the publication of a propagandist and said that Vladimir Putin ordinary sexist, who is not even a sense of humor.

See also: Funny pit bull, who suffers a strange antics of the owner

“Russia deserves all their rulers: Ivan the cannibal, Joseph-murderer, Vladimir Gopnik”, “Specially on the growth of selected, Stop. This is plainly gone. Fu. I’d be offended. Besides the body Putin is not something the women don’t see it? Fu. And this is for the whole world”, “Old Perv”, “actually kind of chintzy, Mr. President. Decided outcasts to his side to pull, since the intellectuals your rating goes down?”, “Grandfather again in his style? Petrosian’s time to retire”, “the FSB midget scored? Vova growth of 1.6 m and standing against hsbcnet in the form of police officers, judging by the video, not greater than 1.2 meters”, “See how Volodya’s eyes shone, but I think that down something pouted!!”, – they write in the comments. 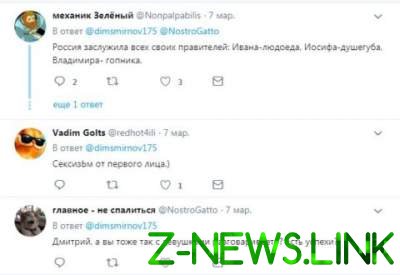 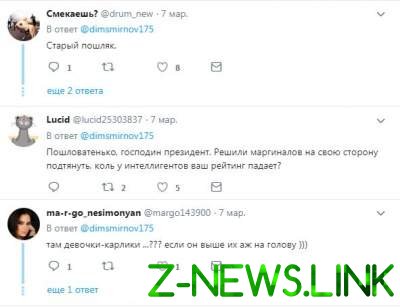 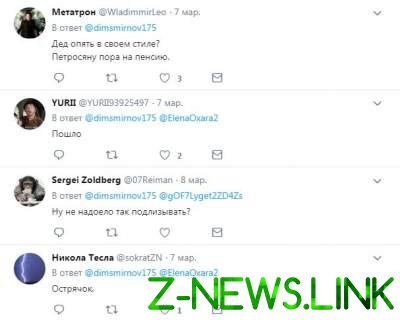 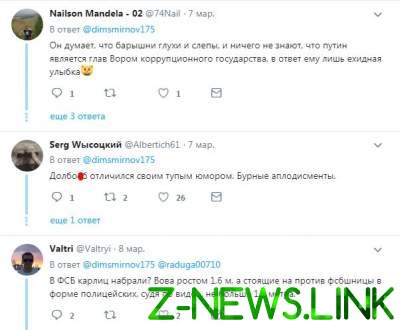