Home / WORLD / ‘PUT ALL THE CHICKEN IN THE BAG’: Restaurant customer turned away for not wearing mask returns with gun… and demands (VIDEO)

‘PUT ALL THE CHICKEN IN THE BAG’: Restaurant customer turned away for not wearing mask returns with gun… and demands (VIDEO) 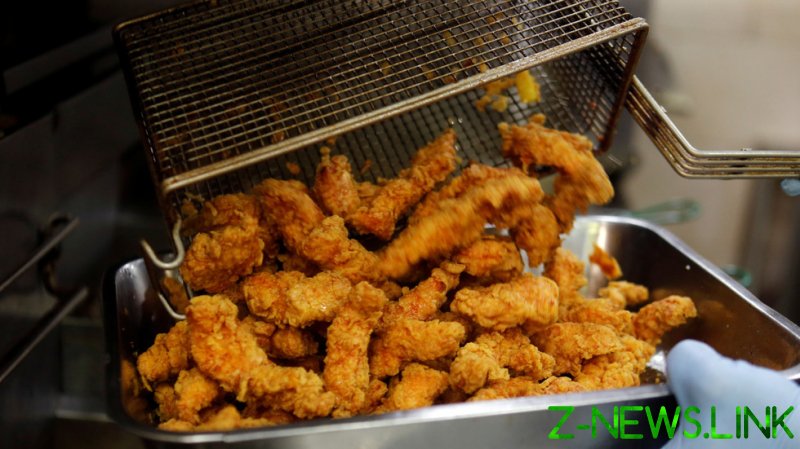 According to staff at Roscoe’s House of Chicken & Waffles, the chicken heist occurred after a man was told to leave the establishment because he refused to wear a mask in accordance with Covid-19 guidelines. The enraged customer reportedly stormed out, before later returning with a gun… and his food order.

Robert Gonzalez, who works at the restaurant as a cook, told local media that it was clear the suspect was “not after money.” He said that the gunman entered the kitchen and began chasing him before getting distracted.

“The guy just said, ‘Put all the chicken in the bag,’” Gonzalez told local news channel KTLA. “I understand we got some good chicken, but man!”

Part of the bizarre stick-up was captured on CCTV footage, which shows the maskless crook, pistol in hand, walking around the kitchen. He is then seen casually walking out the back door with his loot.

Police are currently searching for the suspect. Pasadena law enforcement officials said that no one was injured in the robbery and that the only thing taken was food.