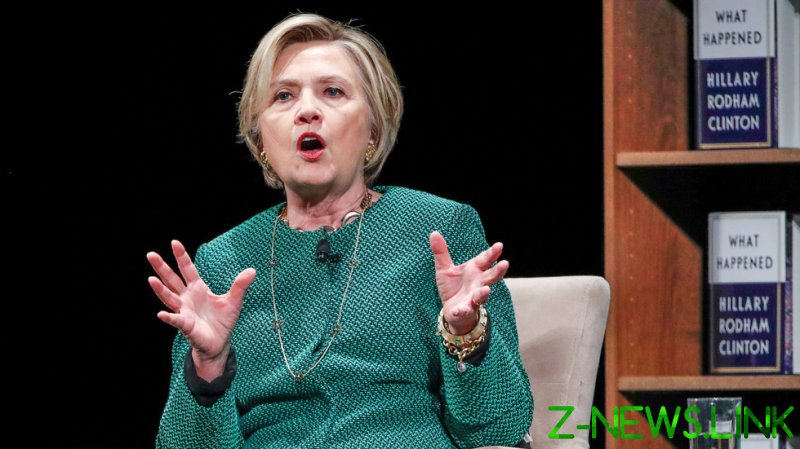 Axios reported on Tuesday that the book, to be titled ‘State of Terror’, will be published in October by Simon & Schuster and St. Martin’s Press.

The story will follow a “novice Secretary of State” who “joins the administration of her rival” a president who was inaugurated “after four years of American leadership that shrank from the world stage” – perhaps a not-so-thinly-veiled reference to the Trump administration, as it has been characterized by Democrats.

A series of terrorist attacks will throw the “global order into disarray” and the secretary will be tasked with “assembling a team to unravel the deadly conspiracy” designed to take advantage of a US government dangerously “out of power in the places where it counts the most,” according to the released synopsis.

While some dedicated Clinton supporters celebrated the news, along with fans of Penny’s other work, others were less excited.

“The Public is clamoring for a Hillary Clinton thriller,” reacted one Twitter user adding the eye roll emoji, while another joked, “I bet every agitator in the book will be a Russian spy.”

“I’d rather she publish the emails she ‘lost’…” another person offered, referencing the Clinton email scandal prompted after thousands of emails stored on a private server were deleted.

Another joked that perhaps the book would feature a “vast right wing conspiracy” – the phrase Clinton infamously used to describe the later-proven allegations against Bill Clinton of a sexual relationship with Monica Lewisnky.

Clinton has already published numerous books and memoirs, from a childrens’ book about her pets written during her time as first lady, to her post-election defeat memoir titled ‘What Happened’ – and more recently books for children co-authored with her daughter Chelsea.

Another one of Clinton’s planned projects, the production of a TV series on female Kurdish fighters in Syria, was met with similar reaction last month.