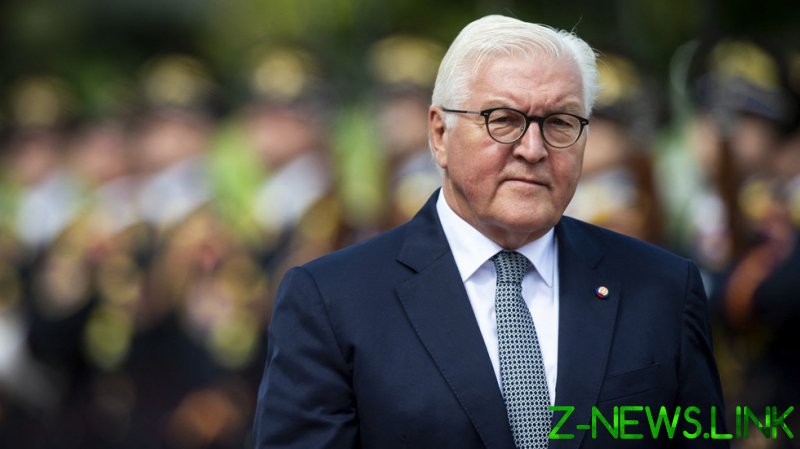 President Frank-Walter Steinmeier has dismissed as “nonsense” claims that Covid has turned Germany into a dictatorship, accusing those peddling such messages of disrespecting national “democratic institutions and the rule of law.”

Speaking on Wednesday at a discussion panel devoted to the pros and cons of mandatory Covid vaccination, Steinmeier said comments like that, which are often made by anti-lockdown activists, are an affront to “us all.”

The president called on his fellow countrymen and women to show respect for opinions that differ from their own, and also for “facts and reason,” which “must be and remain our common currency.”

Steinmeier, however, admitted that the possible introduction of a nationwide vaccine mandate should be preceded by comprehensive public debate. He stressed that while the country is faced with an exceptional situation, this does not mean decisions can be made without “weighing up arguments and balancing interests.”

The German president, who plays a largely ceremonial role and does not issue laws himself, said he felt it was his duty to “call for public debate over serious questions.” Steinmeier argued that “there is no democracy without debate,” adding that this applied to times of crisis as well. However, the head of state refused to reveal his personal position on the issue of compulsory vaccination.

Seeing that the German federal government and regional authorities alike had for a long time explicitly ruled out the possibility of a sweeping vaccine mandate, cast-iron arguments need to be presented now, should the powers-that-be choose to put in place such a drastic measure, Steinmeier insisted. He went on to stress that the introduction of a national vaccine mandate would be an exceptional decision, and the question should be treated as such by both the German government and parliament.

The president concluded by saying that Germany has so far managed to continue seeing itself through the pandemic not because the nation has been “directed and steered with an iron fist,” but rather because the “vast majority is consistently striving to do the right thing, to act responsibly and show solidarity.”

During a Q&A session in German parliament on Wednesday, chancellor Olaf Scholz made it clear he was in favor of a vaccine mandate for all Germans over 18. Debate on the issue in the Bundestag is expected to begin in late January.