Popular series of video games “raised” to the delight of fans 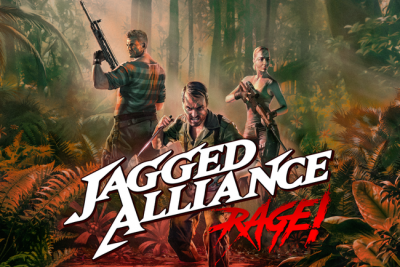 THQ Nordic announced the “resurrection” in the past the popular video game series Jagged Alliance to the delight of fans.

A new game created by the Studio Cliffhanger Productions and publisher HandyGames.

The game continues the success of the original games, keeping all the atmosphere and the strong emphasis on tactical turn-based battles on a small screen. The novelty has received the name Jagged Alliance: Rage! The storyline will not be a continuation of the original, and will be spin-offs to the main series.

See also:  Legendary cinema will devote his life to the development of the game

The player will lead mercenaries and send your squad into a nightmarish jungle of the whole island, which is under the control of the dictator and his army.

The main feature of Jagged Alliance: Rage! There will be an online co-op for two players deep turn based tactical gameplay, combined with adventure elements and strong team of characters with individual skills, desires and their own internal conflicts.

The word Rage in the name of the project is not accidental. Each mercenary will have a unique skill, rage, which will make a spectacular finishing off enemies. The Release Of Jagged Alliance: Rage! will be held this fall on PCs, Xbox One and PlayStation 4.