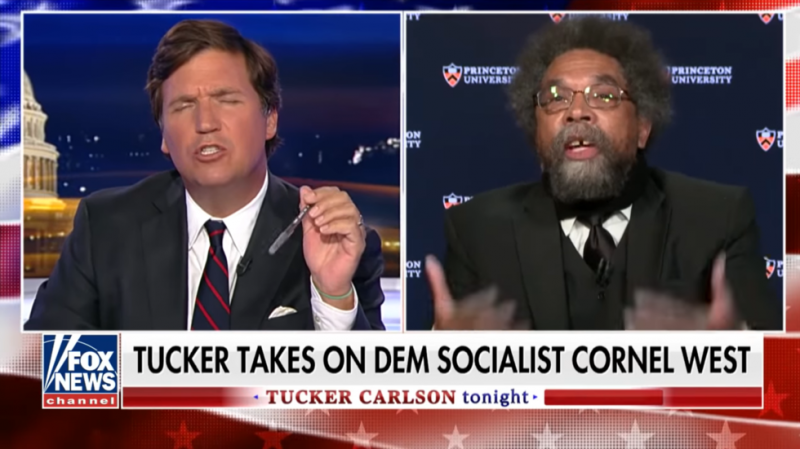 Carlson, America’s most popular news host, is famous for holding deeply conservative positions, and specifically for opposing what he calls the ‘radical left’. However, he went viral on Friday, because in a two-year-old interview with a leftist philosopher Сornel West, Carlson appeared to have vocally subscribed to a socialist agenda.

In their conversation West was stressing that in his view people in power should be held accountable “vis-à-vis those who have less power,” namely the working class, women and minorities.

“If that’s what democratic socialism is then I’m basically on board,” Carlson replied. “I do think that ordinary people, middle-class people ought to have dignity, and I think that our current systems make it hard for them to have dignity”.

Carlson’s unexpected drastic political shift launched both him and West into US’ top Twitter trends. Online users have called it a “come to Jesus” moment for the Fox host and took it as Carlson’s “endorsement” of socialism.

A lot of praise was heaped on West’s rhetorical skills, with which he seemed to have convinced Carlson.

Many commenters, on the other hand, were far more skeptical of Carlson’s declaration because the interview ended on a disagreement, with the host bringing up Venezuela’s poverty levels, supposedly risen because of socialist policies.

Moreover, some refuted Carlson’s supposed left-wing change by pointing out that the Segment was published a couple of years back, and the Fox star still publicly stands again socialism.