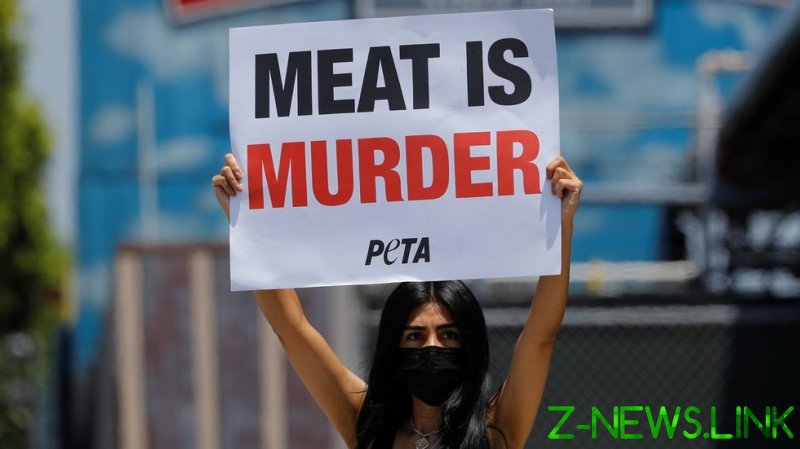 “Eating animals is speciesist,” People for the Ethical Treatment of Animals (PETA) said on its Twitter account on Wednesday, adding that “Speciesism is the human-supremacist belief that one species is more important than another.”

If the US-based advocacy was angling for some hype, the proclamation certainly worked. PETA’s name soon trended on Twitter, as dozens of people rushed to describe themselves as proudly speciesist and shared images showing their favored way of consuming animal flesh.

Some responses, while equally mocking in nature, were less blunt. One commenter wondered if believing that all species – hopefully, excluding their own – were equal on a plate made them not a speciesist. Another asked if hating humans gave them a free pass.

One poster made the point that gastronomy was not the only reason one might wish ill to other living beings. For some reason, however, PETA is not crusading for the survival of bedbugs.

Reactions to the apparent racism bait were interestingly almost – but not entirely – absent in replies to PETA’s original post.

PETA is notorious for stirring controversy and thus drawing attention to its cause. Last July, it posted a photo of a dissected cat head, comparing the image to the then-trending “realistic cake” meme. In 2019, it slammed the much-loved Australian environmentalist and TV personality Steve Irwin, saying among other things that his 2006 death happened because he was “harassing a ray.” Irwin died after a stingray barb pierced his heart.