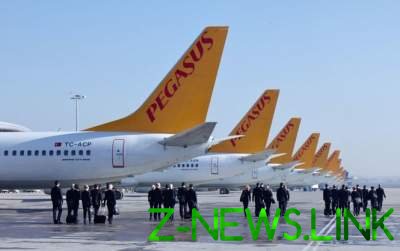 The airline has already held talks with the Minister of infrastructure of Ukraine.

Turkish budget airline Pegasus Airlines is considering the establishment of a subsidiary in Ukraine.

This was stated by the Director of Pegasus Airlines, sales and network development Emre Petesen.

As noted, the airline has already held talks with the Minister of infrastructure of Ukraine concerning the possible establishment of a joint venture, a greater proportion of which will own Ukrainian investors. “Daughter” Pegasus will work with a Ukrainian license.

“Ukraine is really underserved market. Only one carrier is very active, it is UIA [Ukraine International airlines] … Is a huge country with a huge population, and it is in the middle [of a region] GDP growth. So it’s an interesting country. Now we just observe. But this does not mean that we will open a new base,” said Petesen.

According to him, if you run the Ukrainian “daughter” she will perform domestic and international flights.