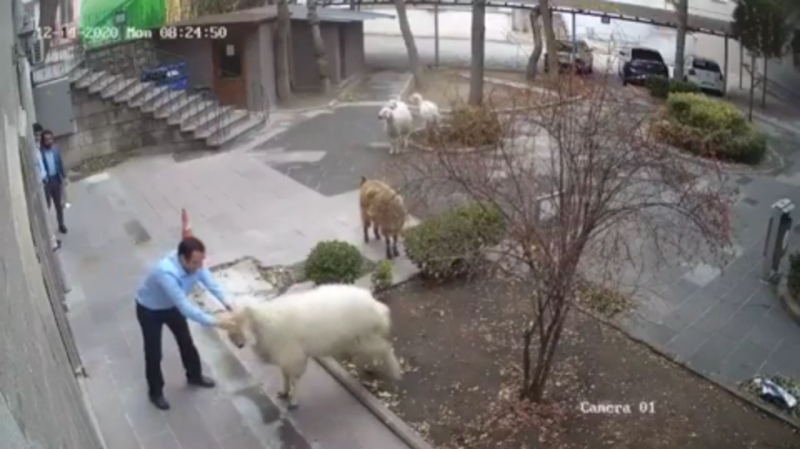 CCTV footage shared by the city government shows the unstable animals threatening locals and charging security officers who attempted to round up the rural ruffians.

According to the animals’ owner, Hasan Unbulan, the gate to their pen was blown open by the wind during the night, at which point the animals fled toward the city center for a night on the tiles.

“I learned that the animals reached the front of the municipal service building and were taken by the teams to the Animal Town. Then the authorities delivered my animals,” Unbulan said.

Meanwhile, security guard, Gokhan Temel, happened upon the animals when he showed up for his shift at the Nevsehir town hall.

“When I came to work in the early hours of the morning, I wondered what the sheep, goats and rams are doing here,” he said.

All the escaped animals were rounded up and returned to Unbulan safe and sound after their trip to the city.