Home / INCREDIBLE / Paleontologists have discovered a new species of pterodactyls

Paleontologists have discovered a new species of pterodactyls 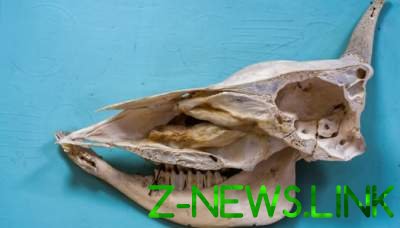 A new species of pterodactyl was opened by the paleontologists during excavations in the territory of Utah, USA.

The reptile was named Caelestiventus hanseni. She had a full beak of teeth, including four impressive looking fangs, and the wingspan was up to five feet.

Caelestiventus hanseni hovered over Utah 201-210 million years ago when the climate in North America was much hotter and drier current. Until recently, scientists knew only one species of pterodactyls that era – he lived on the shores of Europe, including the UK and Greenland.

A new view over the famous “desert pterosaurs” by 65 million years. The researchers concluded that early types of these creatures were spread much wider than previously thought, and could adapt to different climatic conditions. That explains how they survived a mass extinction about 200 million years ago, which destroyed half of all terrestrial species.

Pterodactyls dominated the sky for 160 million years. They were second after the insects who have learned to fly – not just hover, but to purposefully move in the air and make long journeys.

See also:  In Antalya, scientists have unearthed an interesting artifact

A sharp jump in carbon dioxide in the atmosphere 200 million years ago, caused, probably, by a series of volcanic eruptions that permanently changed the Earth’s climate. Many animals became extinct, including reptiles and large amphibians, but pterodactyls survived.

Paleontologists hope that the study of fossils from Utah will allow to unravel the secret of their success. The fact that fossils of pterosaurs found in different parts of the world shows that they can exist in different, including extreme conditions.

“Triassic pterosaurs are extremely rare, and all but one come from marine sediments in the Alps,” said Professor Brooks Britt from Brigham young University in Utah.

Paleontologists have managed to establish that the bill Caelestiventus hanseni was equipped with a leathery pouch like a Pelican, where you can put the prey and also to emit high pitched sounds to attract potential partners.

Dental the hole in the jaw show that the pterodactyl was about six canines in front of jaws and a few dozen smaller teeth.

The skeleton belonged to, obviously a young specimen that died in the water and sank to the bottom, was preserved till our days in the muddy Sandstone.

Judging by the size of the bones, Caelestiventus hanseni was one of the biggest, if not the largest pterosaur of the Triassic period.

Later types of these creatures were very diverse – one had a wingspan of up to 10 meters, others resembled sparrows. Pterosaurs had hollow bones, like modern birds, a large brain, well-developed vision. Fossils of flying lizards, a very rare find, because their fragile skeletons are easily destroyed. Therefore, the detection Caelestiventus hanseni was a great event in the world of science.