Home / WORLD / Over the past 5 years, China has punished more than a million officials

Over the past 5 years, China has punished more than a million officials 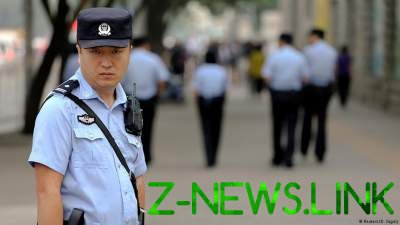 Most of the criminals were found guilty of corruption.

In China over the past five years for corruption punished 1.34 million officials from the ruling party. On that Sunday said the Central Commission of the Communist party of China for discipline inspection.

Among the punished 648 thousand were officials at the level of villages and settlements, and prosecuted for petty corruption offences. How the violators were punished, not reported.

Since November 2012 the Supervisory authorities of the PRC also examined 155 thousand party organizations in the country, finding 65 thousand suspicious cases for further investigation, said in a statement to the Commission.

The investigation conducted in respect of officials of the highest echelon. Media reported that in August the Chinese authorities launched an investigation against the head of the anticorruption Department of the Ministry of Finance Juan Cheng Mo. To this on charges of abuse of power in order to enrich, was dismissed the chief of Department on control over safety at work, Yang Hannin.

After XI Jinping became General Secretary of the CPC Central Committee and Chinese President, he started a campaign against corruption Strategy “tigers and flies”, is aimed at investigation of crimes among civil servants at all levels.