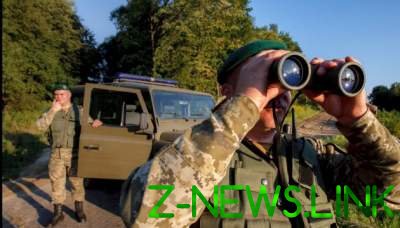 Operational staff of the Eastern regional Directorate of state border service of Ukraine in Kharkiv region detained the organizer and pereprevshego illegally transporting people across the border.

“Yesterday’s results the overall inter-Agency group composed of the operatives of the Eastern regional Directorate of the state border service, border guards Department “Cossack Lopan” the Kharkov group and staff OBALL GU NP in the Kharkiv region, near the village Veterinary, near the border detained two citizens of Ukraine, 1980 and 1982 year of birth of residents of Kharkiv who like periplasmic and an accomplice of the organizer of the criminal scheme tried to illegally transport across the border two citizens of Ukraine”, – stated in the message.

It is noted that in the future, law enforcement officials detained the organizer of the specified unlawful movement of cash, which he received for smuggling two citizens of Ukraine. He was a citizen of Ukraine, born in 1985, resident of Kharkiv.

The organizer and pereprevshego announced on suspicion of committing a crime, responsibility for which is provided CH 2. article 332 criminal code of Ukraine. Further investigative and operational activities.