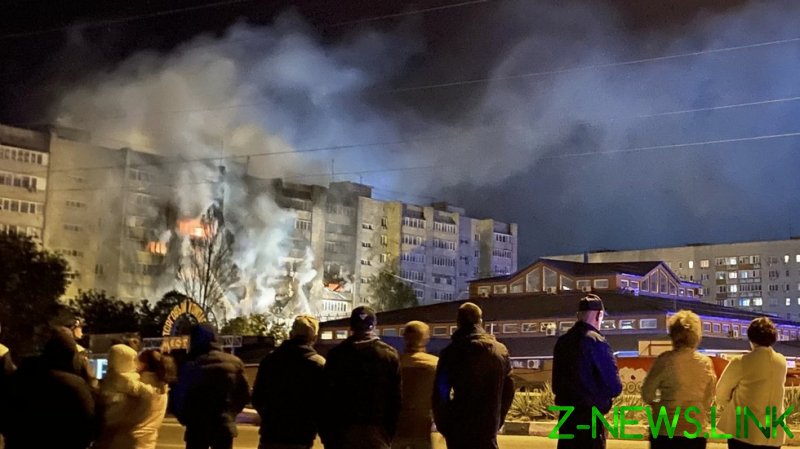 At least four people have died after a Su-35 multipurpose fighter jet crashed outside of a residential building in the southern Russian city of Yeysk on Monday, emergency services have confirmed.

Another 25 have sustained injuries and were taken to the hospital, they added. Three children between the ages of eight and ten were among the injured, officials announced earlier. Six other people remain missing.

The deputy governor of the Krasnodar Region Anna Minkova told Gazeta.ru that at least three of the victims died as a result of falling from the top floors of the building.

Earlier, the Russian Defense Ministry said that the jet’s pilots had ejected to safety. The crash was caused by a plane engine malfunction, the ministry added, citing the pilots, who said one of the engines had caught fire almost immediately after takeoff. The military added that the Su-35 was scheduled to perform a training flight, meaning that the jet was not equipped with ammunition.

The crash caused a major blaze that damaged at least 17 apartments, according to the governor of Krasnodar Region, where Yeysk is located.

According to emergency services, the blaze at the scene was brought under control and the aircraft debris was extinguished. An evacuation of residents from nearby apartment buildings was also called off, the Krasnodar governor said.