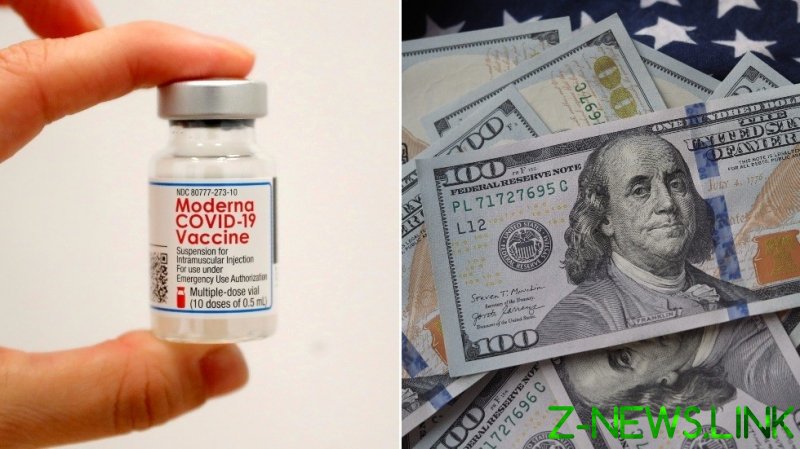 Much of the scientific research that went into the creation of effective vaccines against Covid-19 was paid for by taxpayer money, but the private companies that hold monopolies on the resulting intellectual property (IP) are the ones that reap the rewards. That situation is unjust and should be changed, argues the People’s Vaccine Alliance, which is calling for the lifting of IP protections for the vaccines ahead of a G20 summit.

Validating the point is the change in the net wealth of the individuals linked to the pharmaceutical business, the group said. Forbes data updated in April shows that nine Big Pharma figures have become dollar billionaires since the beginning of the pandemic, as the stocks of vaccine manufacturers soared with the news of robust profits.

Moderna CEO Stephane Bancel is the richest new ‘vaccine billionaire,’ followed by Ugur Sahin, his counterpart from BioNTech. Each is now worth over $4 billion. Others on the list include three Moderna investors, the chair of a firm contracted to manufacture and package Moderna’s product, and the three co-founders of the Chinese vaccine producer CanSino Biologics.

Eight others, whose wealth had already topped the billion-dollar benchmark when the pandemic hit, have seen their wealth grow significantly. They include people linked to China’s Chongqing Zhifei Biological and Sinopharm, India’s Cadila Healthcare and the Serum Institute of India, and holders of BioNTech stock.

“These billionaires are the human face of the huge profits many pharmaceutical corporations are making from the monopoly they hold on these vaccines,” said Anna Marriott, the health policy manager at charity Oxfam, a member of the Alliance. “We need to urgently end these monopolies so that we can scale up vaccine production, drive down prices, and vaccinate the world.”

Winnie Byanyima, Executive Director of another Alliance member, the Joint United Nations Programme on HIV/AIDS, said it was “obscene that profits continue to come before saving lives,” as patent holders refused to share their technology.

Vaccine manufacturers and those like Bill Gates, who support IP protections for medicines, claim factors such as the shortage of proper production capacities in the developing world and logistical bottlenecks are holding back the global vaccination effort. Lifting patent protections won’t fix that and may make the rollout slower, not faster, they warn.

Governments are split on the proposal. South Africa and India asked for a waiver under World Trade Organization (WHO) rules, but the call was backed by dozens of poorer nations that felt they were being left behind by the better-faring countries. The effectiveness of COVAX, the WHO-endorsed vaccine-sharing mechanism meant to ensure equitable access, has been underwhelming at best, suffering from underfunding and undersupply.

The US and the EU said they were ready to consider some form of patent suspension, with the likes of Russia, France, and Spain indicating they would support such a move. Germany and the UK, on the other hand, have expressed their opposition.

The statement from the People’s Vaccine Alliance comes a day ahead of a G20 Global Health Summit, which will be held in Rome on Friday and will see pressure applied to participants defending vaccine patent protections.