Norway questioned the feasibility of the Northern sea route 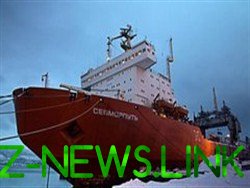 Norway doubts the economic feasibility of the Northern sea route (NSR) and will be checking for compliance with environmental standards. This “Izvestia”said the foreign Minister Ine Marie Eriksen.

She noted that the NSR there are problems in relation to search and rescue operations and inadequate infrastructure.

“This greatly complicates the task of making the route profitable and commercially successful as many would have wished”, she explained.

According to her, at the moment Norway has no plans to provide ports of Svalbard as part of the use of SMP. In the Russian Embassy in Oslo said that while the route passes within the internal territorial waters of Russia and Norway to its development is not involved.

Northern sea route — the Arctic’s main shipping artery of Russia, connecting the ports of the Arctic and major rivers of the Northern region, the shortest water route between the Far East and the European part of the country.