Home / WORLD / No flag, no anthem: Why are Russian symbols banned from the Beijing Olympics?

No flag, no anthem: Why are Russian symbols banned from the Beijing Olympics? 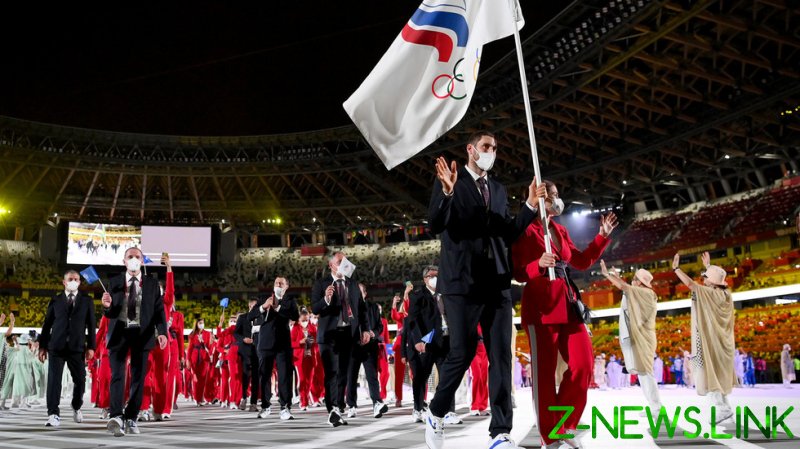 2 Feb, 2022 15:16 HomeSport News No flag, no anthem: Why are Russian symbols banned from the Beijing Olympics? Russian athletes will again be competing without their nation’s flag and anthem at the Beijing Winter Olympics 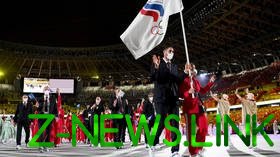 Russia is sending a delegation of several hundred athletes and support staff to the Beijing Winter Olympics this month, but they will do so without the recognition of the country’s flag and anthem.

Just as at the Tokyo Summer Games back in August of last year, Russian Olympians will have to make do without patriotic symbols to accompany them in their quest for medal glory in the Chinese capital.

Any Russian athletes topping the podium in Beijing will not be draped in the tricolor of their nation’s flag, or be treated to the stirring strains of the Russian national anthem.

Instead, the Games will pass off in another grey zone of neutrality for Russian stars.

Here, we explain why that is the case.

Why is Russia banned from the Beijing Olympics?

In December of 2019, Russia was handed a four-year ban from major international sporting events including the Olympics.

The ban was imposed after the World Anti-Doping Agency (WADA) ruled that Russia had manipulated data provided from a Moscow laboratory.

The ban was later reduced to two years upon appeal at the Court of Arbitration for Sport (CAS) in Switzerland, something which Russia saw as a partial victory, and will now run until December 16, 2022.

The claims from WADA were part of a long-running scandal which emerged at the end of 2014 after Russia was accused of orchestrating a state-sponsored doping campaign.

Russia has denied the accusations, claiming many of them are politically motived, but it has accepted that mistakes were made in some areas of its anti-doping program. 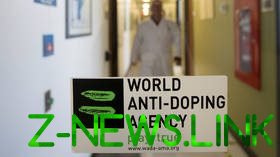 Some figures such as Travis Tygart, the head of the US Anti-Doping Agency (USADA), have consistently called for a blanket ban on all Russian athletes, even if they have never been implicated in doping accusations. WADA has opted against that step, but large numbers of Russian track-and-field athletes missed the 2016 Rio Summer Olympics in the aftermath of the initial scandal.

Russia was formally banned from the 2018 Winter Games in PyeongChang, where ‘clean’ Russian athletes were allowed to compete but only under neutral status and the name ‘Olympic Athletes from Russia’ (OAR).

Russia was set to be accepted back into the Olympic community after PyeongChang, but the allegations of data tampering reversed the reinstatement of the Russian Anti-Doping Agency (RUSADA) by WADA.

Russian athletes were cleared to compete at the Tokyo 2020 Summer Games – but had to so under the banner of the Russian Olympic Committee (ROC). The same ‘ROC’ name will be used at the 2022 Winter Games in Beijing.

Why is the Russian flag and anthem banned?

As part of Russia’s ban from major international sporting events, its flag and anthem are not allowed to be displayed at the Olympics, even if Russian athletes have been cleared to compete as neutrals.

Instead, Russian competitors will officially compete as the ROC team. Athletes’ uniforms will bear the ROC logo which features the three colors of the Russian tricolor in the form of a flame above the Olympic rings. 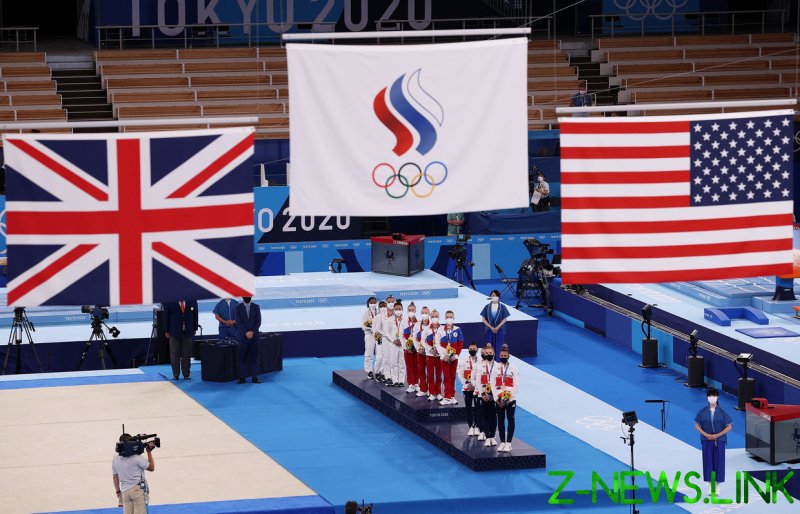 Russian stars competed under the banner of the ROC in Tokyo and will do so again in Beijing. © Getty Images

At medal ceremonies, any Russian Olympic champions will hear the strains of Pyotr Tchaikovsky’s Piano Concerto No.1 rather than the national anthem – as was the case in Tokyo.

How can President Putin attend the Beijing Olympics if Russia is banned?

Russia’s ban means that no government officials are allowed to attend the Olympics, unless in certain circumstances. Those circumstances include if the head of state of the host nation extends a personal invitation. 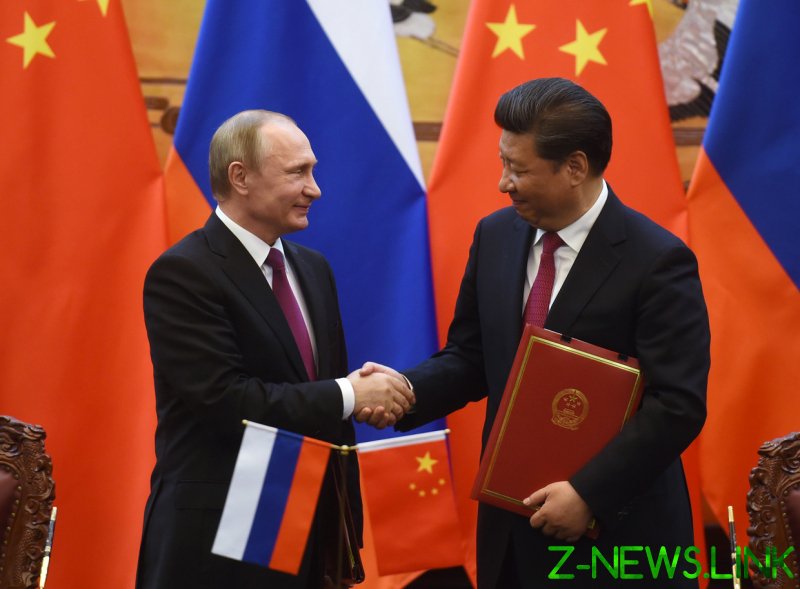 Vladimir Putin is attending the Games at the invitation of Xi. © Getty Images

That is what has happened in the case of the 2022 Beijing Games, where Chinese leader Xi Jinping has personally invited Russian President Vladimir Putin. Putin is set to be at the Opening Ceremony in the Chinese capital on Friday, February 4.

How big is the Russian Olympic delegation in Beijing?

Russia is sending a delegation of 212 athletes and 461 people in total to the Games in Beijing. That includes 103 female athletes and 109 male Olympians.

The last time round at the Winter Games in South Korea, Russian athletes competing as neutrals finished a disappointing 13th in the overall medal table, winning 17 medals in total including two golds in the men’s ice hockey and ladies’ figure skating, where Alina Zagitova won the top prize. 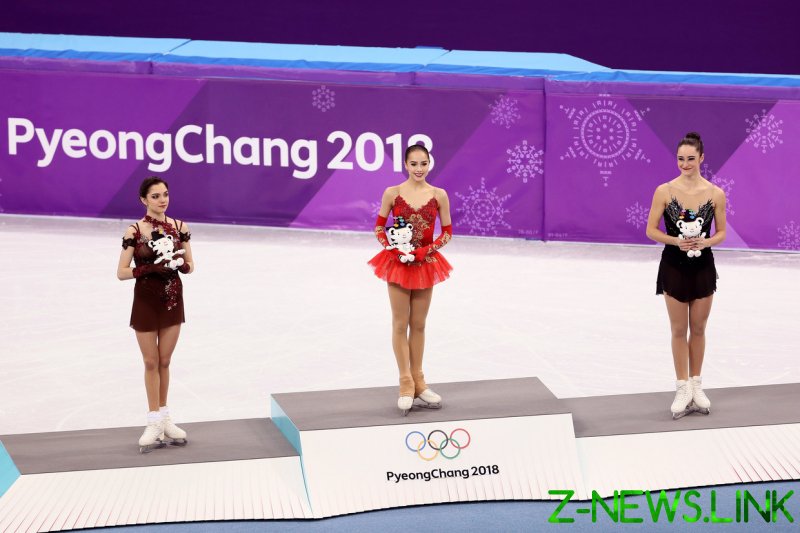 This time around, ROC president Stanislav Pozdnyakov has said the team is aiming for at least 30 medals.

Will Russia officially return to the Olympics at the 2024 Paris Summer Games?

As things stand, Russia’s WADA ban is set to expire on December 16 of this year. That means Russia is in line for a return at the 2024 Paris Summer Games, as well as other major sporting events at world championship level. 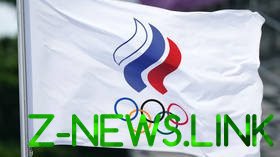 However, some individual sporting organizations have retained bans on Russian athletes, most notably World Athletics. In November, the World Athletics Council recommended prolonging the suspension of the Russian Athletics Federation (RusAF).

Much will depend on the full return of RUSADA to WADA compliance, which has been outlined in a reinstatement plan due to be completed by December.

WADA said in December 2021 that it was satisfied with the election of new RUSADA director general Veronika Loginova as Russia continues its reinstatement efforts.

But this week in Beijing, WADA president Witold Banka said there should be no assumptions that RUSADA will automatically be declared compliant again in December.

“At the end of the year we will need to say yes, RUSADA can be compliant. It is not the end of this process, it is too early to say definitely that they are compliant,” Banka warned.