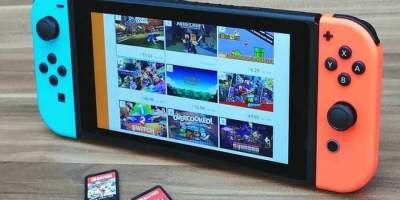 One of the models will be cheaper than the actual Nintendo Switch.

Sources claim that Nintendo is preparing two new versions of the console Switch.

Say that one model is a “cheaper option”.

At the same time, another device was reported to have “advanced features targeted at gamers”.

A cheaper model will lose vibration controller for reducing costs. Nintendo sees this device as a successor to the legacy handheld system, the 3DS. Earlier this year, the Agency Nikkei reported that Nintendo plans to release a smaller console with an emphasis on mobility.

The report does not have exact details about the model of a higher level, but one source implies that the update Switch is not just from increased productivity.

Despite this clarification from Nintendo there are opportunities for improvement in this area: the console Switch is now using four year old processor Tegra X1 from Nvidia, and if Nvidia went back to the development of mobile chips for Nintendo, this would greatly increase the power and efficiency of the gadget. The sources added that the improved version of the Switch reminds PS4 Pro.

The new equipment will probably be presented at E3 in June 2019. The price of new models Nintendo Switch unless indicated.