Home / policy / “New York times” does not believe in tears

“New York times” does not believe in tears 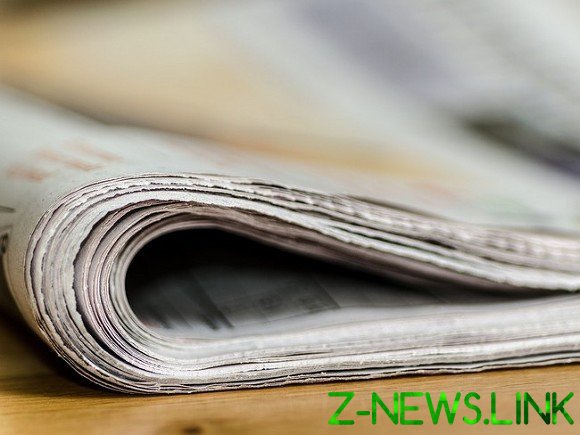 The ongoing dialogue between the foreign ministries of Russia and the newspaper “new York times” for the number of victims of coronavirus in Russia is becoming more and more emotional tone. This process demonstrates one of the main features of the new reality of the XXI century — the helplessness of the state colossus in a collision with powerful transnational actors.

Educated in the homespun atmosphere of hot, saturated with smoke of domestic cigarettes of the foreign Ministry’s offices, or in the best case side mother in “the consular Department of the Embassy,” the diplomatic officials of another era wonder, looking at modern life: how is it possible that “any newspaper” conducted its own policy in relation to the great nuclear powers of the Security Council member and ruler sixth of the land? What is the state in which the President, the Minister and even the smaller official can’t pick up the phone to call and stop insulting one of the main international counterpart approval? What is this world in which senior officials of the victorious powers have not that equal, but in the polite statements to beg for the opportunity to engage in conversation with people whom nobody gave any authority, but who have enormous power over millions of human minds and global (including political) influence? Here the contours of the line of collision of one of the key conflicts of our time — between a state and non-state — which is in process of development of modern technologies leading to the autonomy of human individuals, will only get worse.

Of course, the invasion of coronavirus and the subsequent in response to application of severe measures of quarantine was an inspiration to all statesmen with the hope that the trend for the weakening of States can stop and even turn back. Pandemic at the time opened a window of opportunity in which it seemed that the good times are back statism, and only the state can cope with the task. For a long time, captured by fatalism, devoid of prospects and immersed in the complexes from comparing themselves with employees of multinational companies, large offices and administrations of social networks, state officials said at the time straightened the shoulders and wider opened eyes: the moment it seemed that their time is returned that the global win global Andropov Zuckerberg. But again, it all went wrong. After almost six months of anti-virus it is clear that first state managers handle him so-so (and certainly below triumphalist statements by the authorities), and secondly, that the General trend on strengthening of transnational non-state actors cannot be stopped.

And it’s not the machinations of the world behind the scenes in the form of manipulation of bill gates with George Soros and the synergistic effects of natural and independent from each other aspirations of millions of people around the world: people just want to use their services and can see a place for them in my life. Near States, and in many cases, instead of them. But States, and especially traditional, archaic States, perceive their relationship with citizens in a patrimonial way (everything belongs to the state, and people are supposed to have and do what it is they on their own will and are allowed) are not willing to give way and increasingly considering the subjectivity of transnational actors as a threat, and your relationship with them in conflict, almost military manner.

Until recently we knew mostly war between States or between States and liberation movements and international terrorist organizations. In all these cases, opposite each other stood armed men, motivated by a desire to seize power in one form or another over territory, population or resources. The conflict between the government and multinational structure, especially in the largely virtual nature (all the heavy infrastructure “NYT” is the glass building at Eighth Avenue and some hundred computers) seemed to be something absolutely surreal.

But it was in the past, but now our eyes have already created a different world, in which a few egghead ivy League graduates are higher than a great power with thousands of warheads. The collision of these two realities is inevitable, while in the ideological plane, and then, who knows, maybe in the physical. Do you think that Russia can not declare war “new York Times”? You definitely underestimate Maria Zakharova.