New trailer The Elder Scrolls Online: Elsweyr is devoted to the necromancer 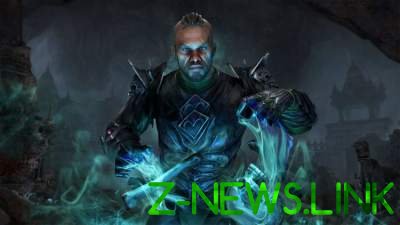 In addition to explore hot savannas, canyons, hot deserts and the magnificent palaces.

In January, publisher Bethesda Softworks has provided a Supplement to Elsweyr The Elder Scrolls Online, which will be the first part of the annual adventure “Season of the dragon” and will mark the return of these powerful creatures in Tamriel. While the players are familiar with already released a prequel Wrathstone, the developers decided to show another trailer on the necromancer class in Elsweyr.

In Elsweyr players will get the opportunity to command a ruthless undead thanks to the emergence of a new class – the necromancer, able to control the souls and bodies of the fallen on the battlefield warriors. The dark magic of Tamriel gives the ability to raise the dead, to dress in bone armor and stitch together the dismembered flesh. For a necromancer death – weapon, and the player will stand to become its master. It was the fresh roll. Thus, the total number of playable classes to six. We recall that after the release of the Elder Scrolls Online: Morrowind there are five: Dragonknight, Templar, Nightblade, Sorcerer and The Warden.

City of Elsweyr groaning under the heel of Queen usurpators, farm and village local Khajiit is flooded with hordes of the undead, land of the burning dragon flame. Players will take on the role of saviors of the lands where a race of humanoid cats, well known for their keen intelligence and agility. At the same time the players get to know their culture, history and way of life. In Elsweyr is moon sugar is a drug, which is made of the skooma. The last time the land of Khajiit players visited in 1994, The Elder Scrolls: Arena.

In addition to explore hot savannas, canyons, hot deserts and the magnificent palaces of this mysterious southern province of Tamriel. Here you will meet dangerous predators hiding in the narrow gorges of the bandits and much more.

The launch of The Elder Scrolls Online: Elsweyr for the Xbox One and PlayStation 4 scheduled for June 4, 2019, and the owners of systems based on Windows and macOS will be able to get early access may 20.