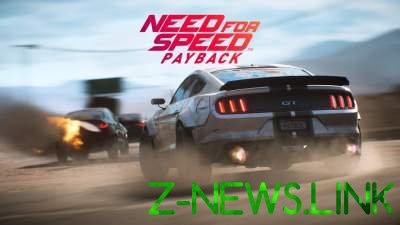 Racing simulator with special effects and criminal showdowns Need for Speed Payback will be available on PC, PlayStation 4 and Xbox One only nine days later (November 10). The owners of Deluxe edition will be able to join the game early — from 7 November. While the owners of paid subscription EA Access and Origin Access is the lucky one.

Electronic Arts reminds us that tomorrow (November 2), members of the aforementioned services will have at their disposal a new creature Studio Ghost Games. Though not in full.

EA Access Origin and Access guarantees you ten hours of game play which you can spend on filling the garage, the customization of cars, completing missions in the open world of Fortune valley and the conquest of network lists Speedlist. And can focus on the first two story chapters Need for Speed Payback (including on the job “Robbery on the highway”).

Of course, all progress (levels, reputation, money, cars, modifications, and achievements) which you will be able to achieve during this period, will be fully transferred in full (though digital, though with physical media) version of Need for Speed Payback as soon as you buy one.