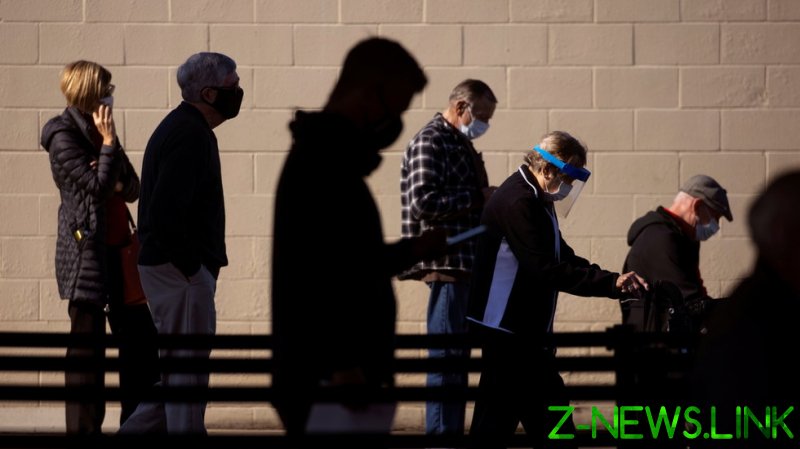 Some 44% of likely voters said that requiring proof of vaccination to return to their daily lives is a “good idea,” though another large segment, 41%, were outright opposed to it, a Rasmussen survey published on Thursday shows, noting that 15% remain on the fence.

Polling 1,000 voters earlier this week, the survey also found that opinions on the passes correlated with party affiliation, with 57% of Democrats voicing support for the idea compared to just 33% in the GOP. For those outside the two major parties, 45% said they are a “bad idea,” while 26% of Democrats and 54% of Republicans expressed the same view.

Overall, half of the black voters polled said the passes are not a good solution, joined by 40% of white voters.

Though a plurality of respondents approved of the idea in concept, some netizens reacted to the numbers in horror, shocked by the level of support for what critics have condemned as a highly invasive and unnecessary measure, especially given warnings from health experts that those who receive the jab may still be able to spread the virus.

“So 44% of America has bought into tyrannical fascism. Got it,” said one detractor.

The new data comes after the Biden administration acknowledged this week that it is working alongside the private sector to develop a variety of vaccine passport apps – at least 17 are currently in the works in the US, according to the Washington Post.

While White House Press Secretary Jen Psaki stressed that the government would not create a “centralized universal federal vaccination database” and said it is merely offering “recommendations” for the passes, a report in the Post last week suggested the administration is taking a larger role than Psaki let on. The CDC, for example, says it expects to help decide which organizations will be allowed to issue the passes, potentially giving a federal agency significant control over the program.

New York has already embarked on its own vaccine passport initiative, the ‘Excelsior Pass’, while officials in Hawaii are considering a similar project. But in line with the survey data on Republican voters, leaders in the GOP have also voiced growing opposition to the passes, with Florida Governor Ron DeSantis imposing a statewide ban on Friday. Republican Rep. Marjorie Taylor Greene (Georgia), meanwhile, dubbed the passes “Biden’s Mark of the Beast” – a reference to the Book of Revelations.

The idea has also taken root internationally, with South Korea among the latest to roll out a smartphone app for citizens to prove they’ve been vaccinated, following similar moves in Denmark, Japan, China and Israel.