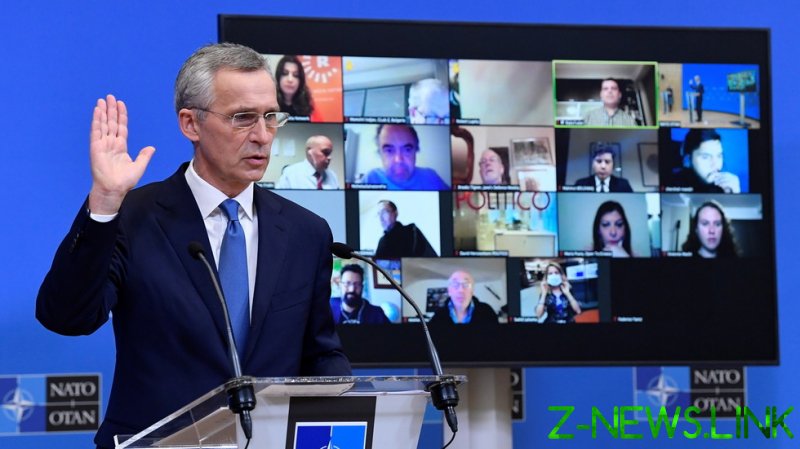 The recently concluded virtual meeting of North Atlantic Treaty Organization (NATO) defense ministers has been billed as President Joe Biden’s first opportunity to act on his promise of repairing the damage done to the military alliance by the contentious policies of his predecessor, Donald Trump.

While a great deal of attention has been paid to the optics of unifying NATO under new, more inclusive American leadership, the harsh realities of the policy priorities pushed by Lloyd Austin, Biden’s secretary of defense, and their underlying economics, point to a weakened US looking to further exploit a European military alliance for the purposes of propping up an America in decline.

Financial concerns remained one of the central issues confronting the alliance, as Austin continued the Trump-era pressure on member nations to meet the two percent GDP threshold for defense spending established in 2014 (currently only nine of NATO’s 28 members have met this requirement).

NATO Secretary General Jens Stoltenberg furthered Austin’s call for increased investment in what he termed NATO’s “core deterrence and defense activities,” proposing that the alliance begin jointly funding the various battalion-sized battlegroups member nations have deployed to Poland and the Baltic States, ostensibly as a deterrence against Russian military aggression.

The current arrangement, Stoltenberg noted, is that “the country that provides the capabilities also provides the funding.”

“So, if you send some troops to the NATO battlegroup in Lithuania, as Norway does, then Norway pays for that. I think that we should change that,” he told reporters.

According to Stoltenberg, the process of joint funding would demonstrate a mutual commitment to the kind of common defense that is enshrined in Article 5 of the NATO Charter, often cited as the heart and soul of the alliance.

But the concept of joint funding hides a more painful reality – the deployment of NATO military battlegroups into Poland and the Baltics is, in and of itself, militarily meaningless. A recent RAND analysis concluded that Russia would defeat these forces and overrun the Baltics within 60 hours after the initiation of hostilities. The amount of combat power that would need to be deployed into the Baltics to alter that outcome is currently beyond the ability of NATO to deploy and sustain.

The only nation capable of providing the kind of sustainable, trained, and equipped combat power necessary to fight a viable ground combat campaign against Russian forces in either the Baltics or Poland is the United States. As things stand, the US is unwilling and unable to foot the cost of a deployment beyond an armored brigade it maintains in Poland on a rotational basis, and a forward corps-sized headquarters recently established on Polish soil. The US has conducted reinforcement exercises, where a second armored brigade is flown into Germany, equips itself using prepositioned stocks warehoused in Germany, and is deployed via rail and road into Poland.

There are three problems with this scenario. First is the fact that two brigades do not constitute a division, let alone a corps (normally two to three divisions). Second is that the deployment of this second brigade requires lines of communication (airfields, ports, roads, and rails) that would readily be interdicted in time of war; there is little chance these troops would ever reach the battlefield. Lastly, this deployment takes time – days, if not weeks. Even if they were to make it to the frontlines, Russian troops would have already secured their objectives.

The only way to change this equation is for the US to commit more troops to the region on a full-time basis, and to beef up its reinforcement efforts along the lines of the 1980s’ REFORGER (return of forces to Germany) program. This, however, costs money that the US military is currently unwilling/unable to allocate. Under Stoltenberg’s scheme of shared costs, however, this expense would be spread among the NATO membership, and as such would become more palatable for the US.

The US also raised the possibility of enlisting NATO in the Pacific, where America is gearing up for a possible military conflict with China. The Biden administration has recently established a special task force responsible for making recommendations regarding US military strategy and force posture, among other things, as they relate to confronting and containing China.

While NATO has a history of extending its military reach beyond the borders of Europe – most notably in Iraq and Afghanistan, but also North Africa and the Persian Gulf – this is the first time a major discussion will take place regarding a possible NATO military role in the Pacific.

The possibility of the alliance’s involvement in the region seemed attractive to Stoltenberg, who called it “a unique opportunity to start a new chapter for transatlantic relations,” adding that China was a legitimate concern for NATO given that it, along with Russia, is “at the forefront of an authoritarian pushback against the rules-based international order.”

The “rules-based international order” to which Stoltenberg refers dates back to the aftermath of the Second World War and the various institutions and norms – centered around the notion of a United Nations but in fact dictated and managed by Washington – that were established at that time.

These rules are often credited with having delivered peace and prosperity in the 75 years since the end of that conflict. Any student of history, however, would know that the world did not prosper peacefully during that time, but rather was engaged in near-constant conflict driven by the desire of the US and its allies to impose “rules-based order” on the rest of the world. NATO is an extension of this effort, with its role in Kosovo and Libya underscoring its aggressive post-Cold War persona.

The unfortunate reality is that NATO is an institution of war, incapable of articulating non-military solutions. Given its military-centric focus, NATO defines all problems as requiring a military solution. This holds true in both Iraq and Afghanistan, where almost every expert has noted there is no military solution, and yet Stoltenberg continues to argue for NATO troops to remain until one can be found.

The same holds true regarding NATO’s militarization of the political problems existent in eastern Europe, choosing the deployment of battlegroups over the dispatch of diplomats. The pivot toward defining Russia and China as a potential adversary is drawn less from any real threat posed by either nation, but rather from the insecurity of a United States in decline. By bringing NATO into the mix when it comes to China, the US ensures that whatever “solution” that will be agreed upon will act to sustain the military viability of an alliance that has survived long past its logical expiration date.