Home / auto / Named the cheapest electric car in the world

Named the cheapest electric car in the world 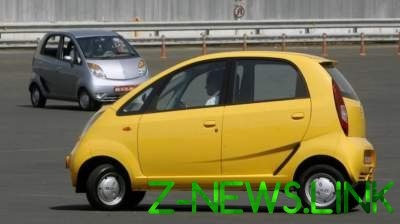 It was released in India.

Indian company Tata has developed an electric version of the urban compact Nano. The firm say it will be the cheapest electric car in the world with four doors.

The petrol version of the Tata Nano car has not brought commercial success: the project failed completely due to the fact that the car turned out though inexpensive, but very humble and poor. But his “green” version of promise’s success amid the leading market for the electric and heavy environmental situation in India.

As the local media, cheap electric car will not be released under the brand name Tata to market the car will be released as Jayem Neo, since the power plant is preparing for it by another company. On one charge the car can drive 150-200 km, and “fill” it can be from the mains. The price of the cheapest electric car in the world – 7.7 thousand dollars.

However, it is not known when the novelty will get regular buyers and get it at all: now it is planning to sell only to corporate customers. The first 400 cars will deliver local carsharing firm.