Nabiullina speculate about the collapse of the ruble with dolls 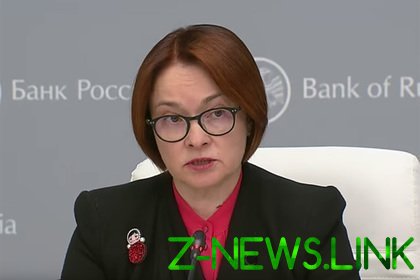 Chairman of the Central Bank of Russia Elvira Nabiullina at the press conference following the meeting of the regulator wore a large brooch with dolls. She explained why it was decided to keep the key rate at six percent and speculate about the collapse of the ruble. A recording of the meeting posted on the YouTube channel “Russia 24”.

She explained that influenced the Russian currency collapse of world oil prices and the coronavirus pandemic is difficult to predict but these risks are temporary.

According to Nabiullina, the regulator considered three options with key rate is its decline, rise and preservation. The heads of the Central Bank noted that the reduction in the rate of that in the current environment taken by many Central banks around the world, would support the business, but you have to take into account risks to financial stability.

The ruble began falling amid the global economic slowdown due to the situation with coronavirus and the collapse in oil prices that occurred after the collapse of the deal, OPEC+. The Russian authorities recognize the willingness of the economy to the challenges associated with falling oil revenues and currency volatility than in the period 2014-2015.