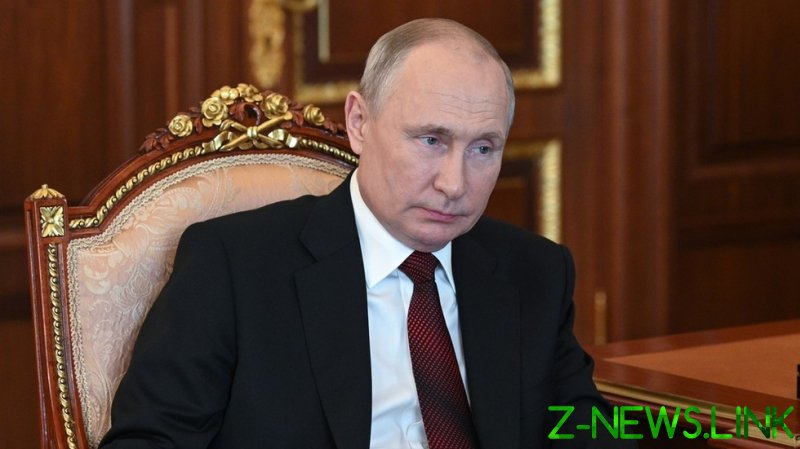 In an article published on the Kremlin’s website on Monday, President Vladimir Putin described how almost all of the Eastern European nation had fallen under the Russian Empire, and how Ukrainians and Russians can trace their culture and history back through shared roots.

“Thus,” he argued, “modern Ukraine is entirely the brainchild of the Soviet era. We know and remember that, to a large extent, it was created at the expense of historical Russia.” According to him, “the Bolsheviks treated the Russian people as an inexhaustible material for social experiments. They dreamed of a world revolution, which, in their opinion, would abolish nation-states altogether.” As such, Putin argued, Russia’s “borders were arbitrarily cut, and generous territorial ‘gifts’ were handed out.”

The status of the disputed Crimean peninsula, for example, has been a key point of contention between Moscow and Kiev. Ethnically dominated by Russians, it was historically administered from Moscow until 1954, when it was signed over by then-Soviet premier Nikita Khruschev, in what amounted to a technicality given the lack of internal borders in the USSR. However, after the fall of the Soviet Union, Crimea was governed from Kiev until it was reabsorbed by Russia in 2014.

According to Putin, the shared interests of both the Russian and Ukrainian people were ignored by those behind the 2014 Maidan and those supporting the uprising from abroad. “Western countries directly intervened in the internal affairs of Ukraine and supported the coup,” he said. “It was dominated by radical nationalist groups. Their slogans, ideology [and] open aggressive Russophobia in many ways began to determine the state policy in Ukraine.”

The president went on to criticize a new bill being considered by politicians in Ukraine, which would deny ethnic Russians, who trace their presence in the region back centuries, the right to be considered ‘indigenous people’ in the country. “The most disgusting thing is that Russians in Ukraine are forced not only to renounce their roots, from generations of ancestors, but also to believe that Russia is their enemy,” he said.

“It is no exaggeration to say that the policy of forced assimilation and the formation of an ethnically pure Ukrainian state, aggressively disposed to Russia, in its effects is comparable with the use of weapons of mass destruction against us,” Putin wrote.

However, while lamenting the tense state of affairs between Moscow and Kiev, the Russian president backed Ukrainians’ right to self-determination. He said there are many reasons why a country would choose to go its own way as a separate nation.

“How should we handle this?” Putin asked. “There can only be one answer: with respect!”

“We respect the Ukrainian language and traditions,” he continued, “and the desire of Ukrainians to see their state free, safe and prosperous.”

The president added that “Russia has never been and will never be ‘anti-Ukraine.’ And what Ukraine should be – that is up to its citizens to decide.”