Mexican researchers claim to have manufactured facemask that neutralizes Covid 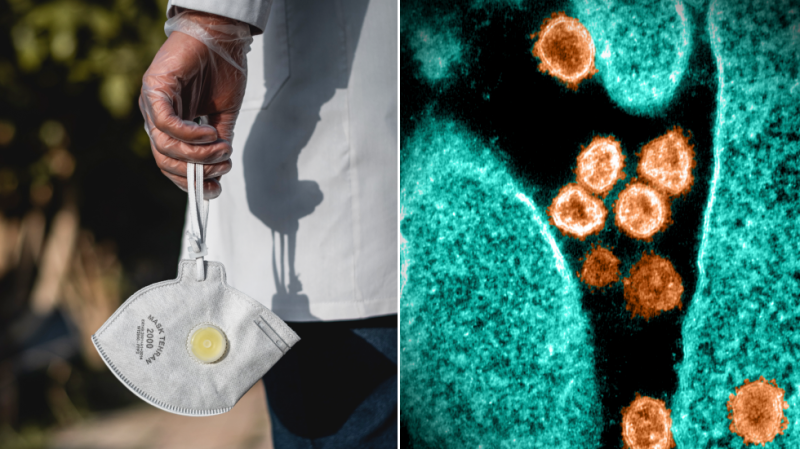 The mask was unveiled on Thursday in the university’s gazette, which stated: “Upon contact with the silver-copper nanolayer, the SARS-CoV-2 membrane breaks and its RNA is damaged.”

When the two metals are used together, it “forms a nano-layer… and provides double protection against viruses and bacteria,” as per the university’s statement.

To trial the face covering, researchers placed Covid droplets on the masks from patients in a Mexican hospital on the silver-copper film. Over 80% of the presence of the virus was gone in around eight hours. In the instance of a low viral load, no trace of the virus RNA was found in two hours.

Even if the mask, named SakCu, is disposed of incorrectly, it does not remain contaminated unlike many other types of masks that are discarded, according to the scientists.

SakCu is reusable and can be washed up to 10 times without compromising its ability to destroy SARS-CoV-2. However, the group of researchers is not mass-producing the masks, but currently has the ability to make 200 per day.

The mask was named to represent its components, as the Mayan word for silver is ‘Sak’, while ‘Cu’ represents copper as a chemical element.

The Mexican university is not the first to attempt to create revolutionary masks to protect against the coronavirus. The Massachusetts Institute of Technology (MIT) and Harvard University announced at the end of June that their engineers had designed a face covering with tiny, disposable sensors that were capable of diagnosing the wearer with Covid-19 in 90 minutes.

Since the outbreak of the pandemic, Mexico has registered close to 3.3 million cases, with 256,287 fatalities, the fourth highest official death toll worldwide.