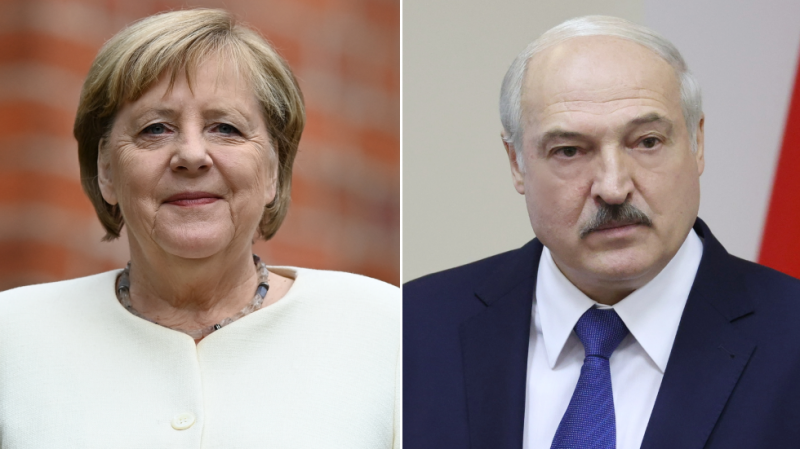 Speaking on Wednesday, Lithuania’s top diplomat Gabrielius Landsbergis expressed concerns over the telephone conversation between Merkel and President Alexander Lukashenko which took place earlier this week. According to Landsbergis, the discussions were dangerous as the long-time Belarusian leader could use the opportunity “to legitimize himself.”

He claimed that Lukashenko “will do everything he can to make this conversation look like negotiations and to create as much confusion as he can. It is his aim to weaken us, to weaken our position, to make us doubt each other.”

Landsbergis insisted that Brussels should be brokering the discussions with Minsk over the sharp rise in illegal crossings on the Polish border, rather than being undercut by individual member states. “When EU Foreign Minister Josep Borrell speaks, it is the right way to go,” he explained, ruling that Borrell “has the authority.”

According to the Belarusian president’s press service, Lukashenko and Merkel held another phone call on Wednesday. As per the notice, both sides “agreed that the problem will be addressed at the level of Belarus and the EU” and that each party will designate officials to enter negotiations to resolve the humanitarian crisis.

Another Baltic foreign minister, Estonia’s Eva-Maria Liimets, has also weighed in on the first conversation between Berlin and Minsk. Liimets alleged on Tuesday that Belarus’ leader has demanded two conditions for resolving the humanitarian crisis on the EU’s borders. Firstly, Lukashenko wants to be recognized as Belarus’ legitimate head of state, and second, he wants embargoes to be lifted.

The initial round of informal talks between the two states coincided with the European Council’s announcement confirming the expansion of sanctions placed on Minsk in light of the escalating situation. Brussels blames Belarus for flying in thousands of desperate people from countries like Iraq and Syria and encouraging them to cross the border as part of a “hybrid attack” on the bloc in response to financial penalties.

Belarus’ strongman has argued that his government can no longer stop would-be asylum seekers from attempting to get into EU states, as a result of Brussels’ crippling sanctions.