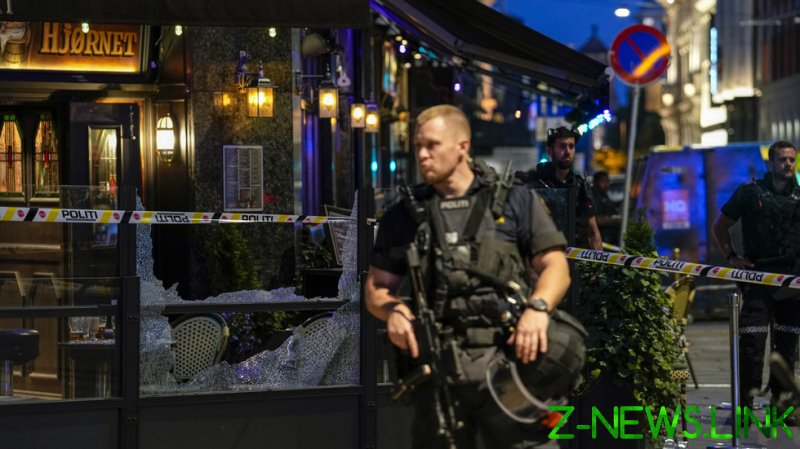 A suspect is in police custody in Oslo, after a gun rampage in which at least two people were killed and more than a dozen injured.

The shooting spree began at around 1:00am local time on Saturday near several bars and nightclubs in the Norwegian capital, with the gunman reportedly stopping at three locations to shoot bystanders. The city’s police department confirmed two people were killed and three seriously wounded, while local media suggested at least 12 others sustained minor injuries.

Police official Tore Barstad later clarified that, so far, all evidence “indicates that there was only one person who committed this act,” following reports that several shooters may have been involved. Officers received the first reports of the incident around 1:14am, and the suspect was in custody within five minutes, he added.

Though the assailant’s motives remain unclear, the attack unfolded near an LGBT club in Oslo just hours ahead of a major annual Pride march, stoking media speculation as to a possible link. The shooter has yet to be identified by authorities.

According to journalist Olav Roenneberg, who works for the public broadcaster NRK and was present when the shooting began, the gunman arrived “with a bag” in hand before retrieving a weapon and firing on revelers.