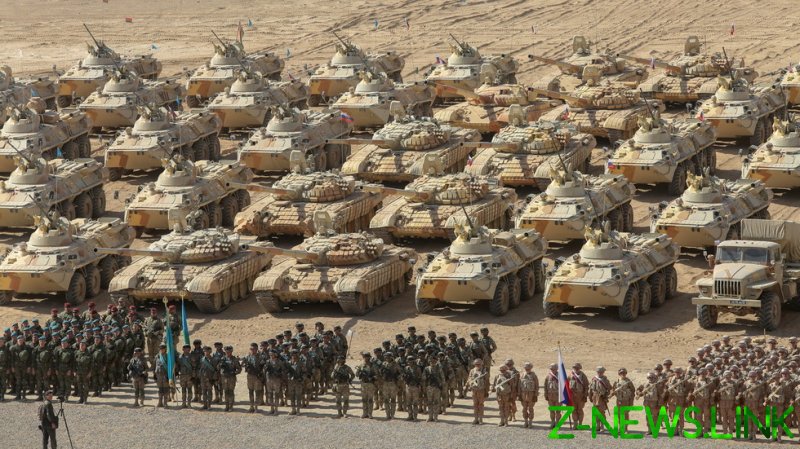 Over 4,000 soldiers from the CSTO countries with more than 500 pieces of various military hardware honed their anti-terrorist skills in the desert and mountainous areas of the region.

According to the scenario set out in the exercise, a large group of terrorists infiltrated Tajikistan, capturing several settlements and seeking to proclaim their version of a ‘Caliphate’ there. The mock terrorists used assorted vehicles for the attack, including gun trucks and even suicide bomber vehicles.

The CSTO leadership has explicitly stated the drills were in response to the uncertainty in neighboring Afghanistan that ensued after the collapse of the Western-propped government and the Taliban takeover.

“The options to eliminate terrorist groups and illegal armed groups have been explored there,” the CSTO Secretary-General Stanislav Zas has said. “This is an immediate threat both for our countries and for Afghanistan itself.”