“Luxury” in the style of the USSR. Don’t do it. 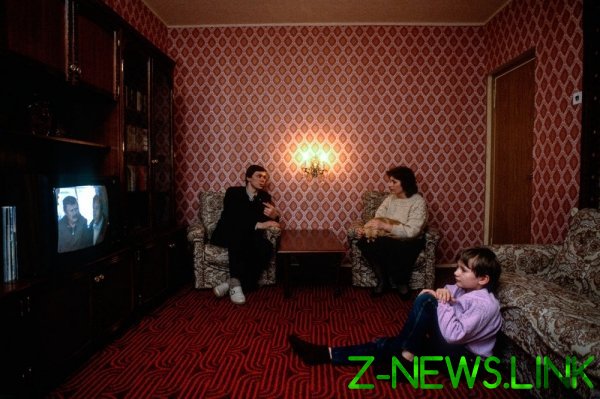 So, friends — today will be a post on “expensive and prestigious” things of the Soviet Union. I think all of you still have friends who believe all the post stuff a sign of a good and wealthy life — not noticing that these things have long ceased to be. These days, all these things say more about a low culture and a kind of “stroriginal” in the person of another uses.

It’s interesting that Soviet propaganda all the years of the Soviet Union promoted and popularized the image of the Soviet ascetic and the rogue — like, to live in poverty is very good and right, poor but honest, living in the thoughts of the public good and so on. But the real Soviet people were different and sought to live — in at the first opportunity dragged to the flat crystal and chandeliers, carpets and sets — the “status thing”, which I will discuss today. Why this is so — a topic for separate study, and today we just list habits a La “expensive-rich” come from the USSR.

So in today’s post — the story of the Soviet luxury, which has long ceased to be such. Make sure you check out the article below, it is interesting. Well, friends to add do not forget) 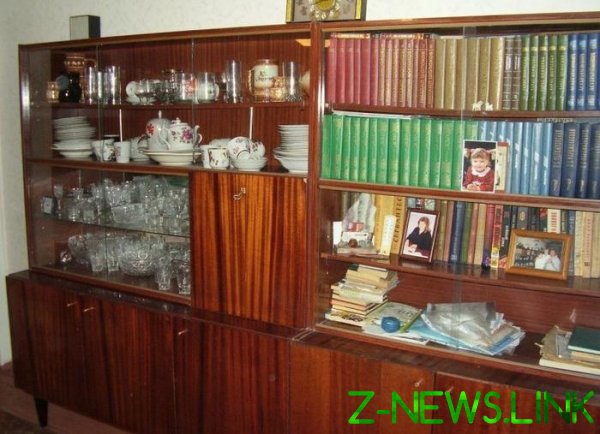 Expensive and rich apartment of the Soviet times kasatelno had to be closely crowded with furniture and things — this occurred from the fact that at that time, “wealth” people are often understood as the possession of a large number of things. And it’s easy to see how formed this world — at work, people were paid wages, but good things (for example, high-quality furniture) was deficient, and as soon as this product appeared in the sale — it immediately tried to get accumulated for Soviet money — which themselves were perceived not so valuable in comparison with things.

As a result, the “rich” Soviet apartment was crammed to the eyeballs with furniture and interior items purchased “on the occasion”. Typical interior of this apartment in 1960-70-ies necessarily implied the existence of a large number of paintings, vases, figurines and all sorts of trinkets (like porcelain elephants), and several cupboards, piles of armchairs, chairs and things like that. This can be attributed to wall, and carpets — they are often bought just, “and make it”.

These apartments have now read the report about the children/grandchildren of some Soviet figures who live in the apartment of his father/grandfather — and you’ll see those interiors, the eyeballs full of a bunch of dusty things. Now this style flowed smoothly into ridicule under the name of “Agregator”. 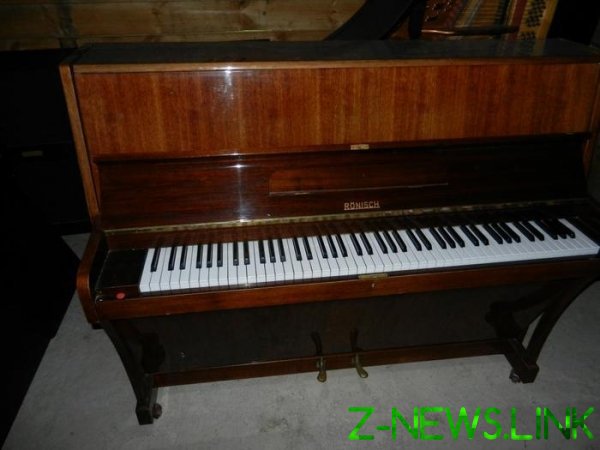 The second point smoothly follows from the first, but has a significant difference — if the presence of a whole heap of furniture is somehow possible to understand the presence status of things from a practical point of view impossible to explain. These things include everything that is not used in everyday life and has only one goal — to impress arriving at the apartment guests.

Very status thing was the piano — it is often bought even when in the family no one played music, just “to look” to all the guests, it was clear that the house is home to cultured people. With the same purpose often bought the bookcases, which are very often made some “Great Soviet Encyclopedia”, which has not been read; the only purpose of the Cabinet was a show-off and force the guests — say, “no worse than men.” Interestingly, this behavior is ridiculed even in Soviet films, for example in the movie “Old New year”, where the hero Vyacheslav Innocent bought the house of all unnecessary stuff, like the piano and other things like that.

Now this behavior is typical for the poor, but much concerned with their status of people they fit in unfavorable credit and buy whatever the iPhone, which can through the week drunk to break or lose. The result — iPhone no, the interest on the loan dropped, “no money but you stay.”

3. Having a personal car. 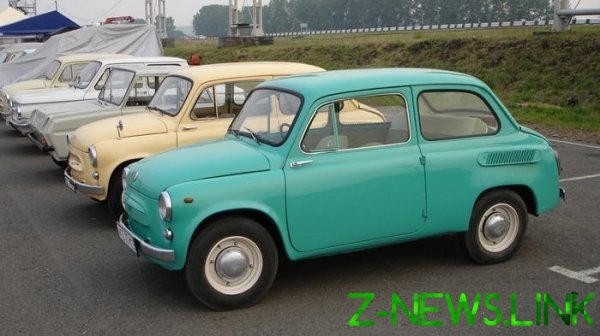 In the USSR private car was scary, expensive and inaccessible thing — its purchase it was necessary to defend a considerable part, and even to pay large sums of money — for example, the Zhiguli “two” was worth 7,000 rubles, which was equivalent to the average Soviet salary for 4-5 years. Because of this, many who lived in the Soviet Union, preserved the idea that the car is “not a means of transportation, and luxury” — since each scoop, bought the car, gets behind the wheel with a view of the king and begins to gaze out the window at passers-by as subhuman — they say, getting there under your feet, prevent to pass status and important people, not the Vidyas or something, the rich man going?

In fact, in a modern landscaped city car isn’t the right thing. Personally, I can buy a car even today, but I just don’t need — I live in the city centre with good transport infrastructure, for infrequent travel to remote parts of the city I order a taxi, and for long walks around the city I got electric Bicycle. The car I would add only one problem — you need to think about where to store it, how to care for it, to fill it, spend the money on parts and stuff like that.

In General, if you don’t want to be shovel — think, and whether you need a personal car? 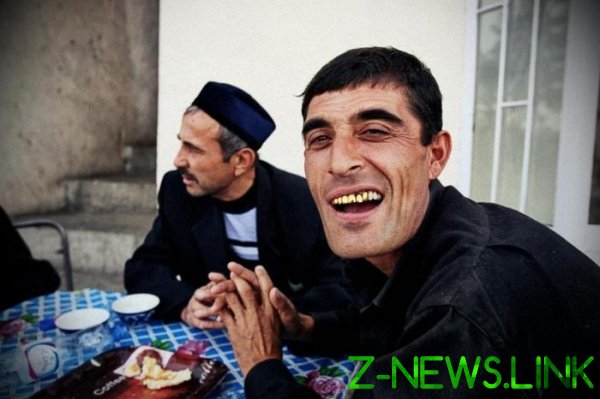 It’s amazing, but many people still believe that having a mouth of gold teeth is an indicator of some wealth, I came across with this opinion in the Russian province. In fact gold teeth in his mouth became a sign of poverty back in the late nineties — gold crowns are not too much money, much more expensive to put the implant, which does not differ from natural teeth.

Purely aesthetic gold (or white metal) teeth look awful and not talking about any “wealth”, but rather about the extreme poverty of their carrier, gold teeth now continue to bet only in third world countries where there is no normal dentistry and normal materials. Remember — if you don’t want to look like a bum of the Perestroika never stable metal teeth, it looks scary. 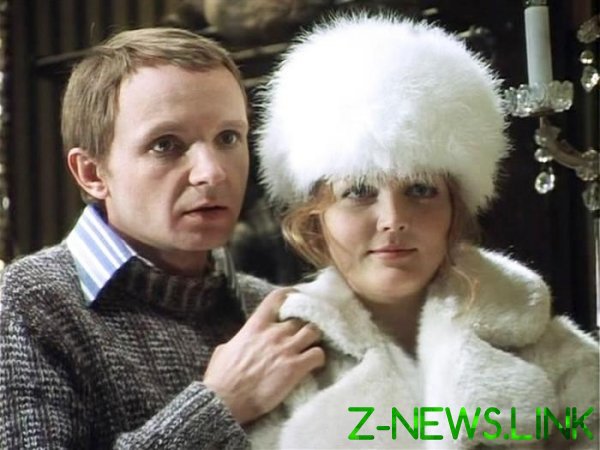 A sign of the major native of the USSR — clothing (a fur coat or a sheepskin coat) of natural fur. In the Soviet Union such things were hard to get, cost them dearly and was clearly talking about a certain respectability of the owner. Now, with the advent of modern light and comfortable materials of fur coats seem somehow a throwback, plus all the fur business is built on the suffering of animals. I think in 50 years the coat will look about the same savagery as a necklace of dried human ears on the neck of the Papuans, but now many prodajut buy a fur coat — and it’s sad.

If you don’t want to seem shovel — never wear coats, hats, coats and other stuff. Now you’ll have to look “respectable gentleman”, and the Yerevan merchant rose from 1990.

6. To go on vacation in the Crimea. 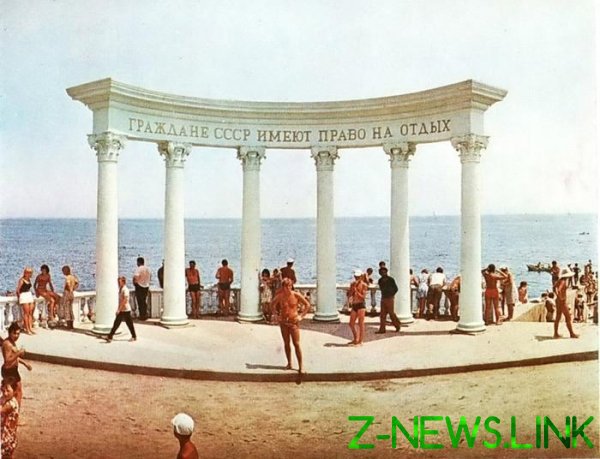 Another indicator of a typical dustpan — dream to go on vacation in the Crimea. Apparently, Soviet propaganda a La “Crimea — all-Union health resort” as something inherited, and now even some young people, almost never made the Soviet Union I dream of going on vacation in the Crimea, in the Soviet years such a journey is considered as prestigious and status. Rest in the Crimea Senate in itself is pretty ridiculous, but now, after Krymnasha — there is certainly nothing.

I probably will surprise many fans of the Crimea, but to fly on holiday to Turkey or Greece Charter flight now will cost even cheaper than a vacation in Crimea, with this you get much better service — you will not be called “bestiame” to run on the beach with honey baklava, shrimp, mussels and Rapanu, and in the evening you will witness a drunken brawl two rufous-backed alpha males from Surgut and unwitting listener thieves chanson.

7. To arrange a home-cooked feast. 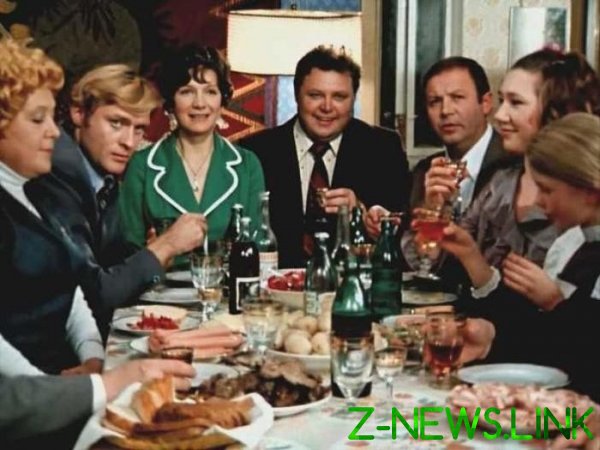 Purely Soviet tradition to cover the house for any reason and without cause table-clearing. A promotion at work, New year, birthday, etc. — all this in the USSR had to be sure to cover the table with alcohol, salad, “crab”, “Olivier” and “Mimosa” drink, then remember the youth and bawl chorus of drunken songs, disturbing sleeping neighbors.

Many call it spiritual gatherings, and I see it as merely a symptom of poverty and lack of proper facilities for cultural and leisure activities. In the USSR such a feast was often zapominayuschimsya event only because it was possible to try expensive and scarce products that the owners kept “special case”. In addition, no one wondered at what cost was organized a feast — the landlady (and often her mom or girlfriend) the whole day was forced to stand at the stove and a half a day to clean for the guests and wash the dishes. Our guests were noisy late, preventing sleep neighbors, Smoking on stairs, and other stuff.

Now there are many cafes and restaurants in various price categories, and to organize get-togethers with company will be much easier, and often cheaper. “Luxury feast” at home now you will surprise nobody.

These are the indicators of the “rich status” of Soviet life, which now seem ridiculous, I managed to find. And you are typical of something from the list? What can it add?