Home / policy / “Levada-the centre” has told, how has the level of trust of Russians to Putin

“Levada-the centre” has told, how has the level of trust of Russians to Putin 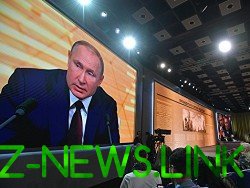 Over the last four months the level of trust of Russians to the Russian President Vladimir Putin fell by 4% — 35% vs. 39% in September 2019. Compared to November 2017, the rating of trust to the head of the state fell almost twice — when he was 59%. This is evidenced by the January survey, “Levada-center”, pass “Vedomosti”.

However, over the last four months, increased the level of trust of Russians to the Minister of defence Sergei Shoigu (13 to 19%) and foreign Minister Sergey Lavrov (from 14 to 17%). And the ex-Prime Minister Dmitry Medvedev has lost trust (from 9% to 5%), and also in disbelief in September, the figure was 32% and now 27%. The new Prime Minister of Russia Mikhail Mishustin at the moment chosen by 3% of respondents do not trust 4%.

See also:  Ukraine in Minsk will present the bill to abolish the anti-terrorist operation

During a survey of trust in Russian politicians of “Levada-center” provides the respondents an opportunity to list the figures, the response options are not offered.

The Director of “Levada-center” Lev Gudkov believes that the cause of the fall of confidence in Putin is a long-term dissatisfaction with the situation in Russia. “His new rhetoric concerning social issues, gives short-term effect.

See also:  In Donbass there is a real war - Poroshenko

The decline began long ago, and it’s not even the effect of the pension reform 2018: it’s going slowly and gradually, and is more indicative of the trend than the sharp jump rating.

Growing dissatisfaction with the state of Affairs in the economy, inability to make normal,” — said Gudkov.

According to the results of the January opinion poll, Putin is trusted by 30.6% of Russians.