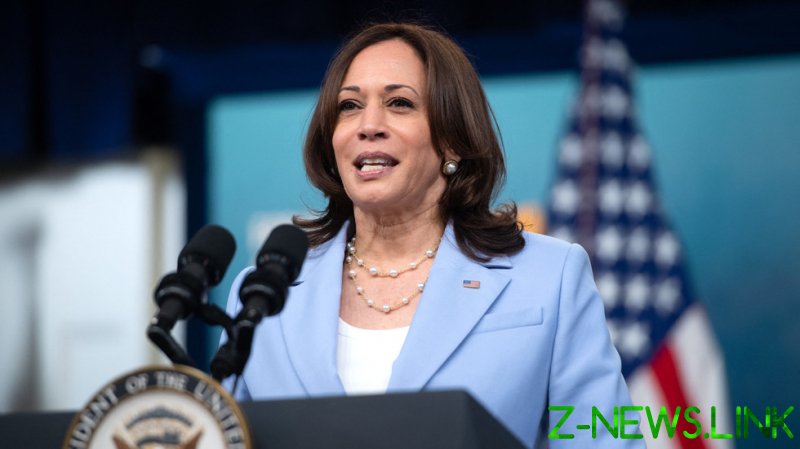 Merit exists for a reason. There should always be some sort of qualification when it comes to anyone who is picked for a job. There needs to be something that gives the impression that this particular individual can actually handle what’s in front of them. When Kamala Harris was announced as Joe Biden’s pick for the vice presidency, there were many people who were worried that she wouldn’t be ready for the job. Some considered her a ‘diversity hire’ given that she was notably unlikable as a politician, and were worried that she could prove to be more of a burden than a blessing. Less than one year into Biden’s presidency, and it’s becoming obvious that might well be the case.

Recently, Harris had taken credit for being a great influence on Biden’s disastrous decision to withdraw troops from Afghanistan. That situation has now become an international embarrassment for the United States, and because she attempted to take the credit, it seems that – in the eyes of many Americans – she’s going to have to take the fall. It has been reported – from admittedly unnamed sources – that she was screaming “you’re not pinning this s**t on me” inside the White House. Whether that is true or not, what is clear is that Harris has been reluctant to address the American people about the unfolding fiasco.

Even though she has only been vice president for around eight months, this is her second massive failure in the role. She was given the responsibility of handling the crisis on the southern border by President Biden, only for the situation to get considerably worse. There has been no improvement at the border since she was assigned, nor has she visited to assess the situation. The best she could do was a speech telling illegal immigrants not to come to the US, which is clearly something few have listened to.

Now, it’s not as if Kamala Harris hasn’t had an impressive career in politics by any modern measurements of success. That cannot be denied. However, if you look at the field of Democratic presidential hopefuls for the most recent election cycle, she was very few people’s first pick for the vice presidency, mostly because of the fact that she had gained a reputation for having a bad attitude (as well as cackling like an inmate at Arkham Asylum every time that she was asked a question that made her uncomfortable).

And this brings about the question of why she was even picked in the first place. In my opinion, Kamala Harris is the perfect example of someone who has been hired because of their skin color, not necessarily because of her qualifications or suitability for the role. Given how much Democrats push for inclusivity and diversity, it’s clear that a politician like Harris checks a lot of boxes. She is both black and Indian, on top of being a woman. To those who observe the progressive stack, she is essentially a minority in three different areas. That seemed to take precedence with the Democrats, who were probably feeling awkward nominating yet another old white man.

But the problem is that Biden and his team have committed a big mistake by choosing her, because she is proving she is not up to the job. Her inaction and bungling has caused chaos at the southern border, and has now played a role in most probably dooming the entire nation of Afghanistan.

There have been other flawed characters who have been vice presidents in my lifetime, but Harris has already made major mistakes that will taint any sort of legacy she ever hoped to have. As such, in their desperation to appoint the very first black vice president – as opposed to waiting for one that merited the role – the Democrats have ensured that she will be remembered as nothing more than a punchline.