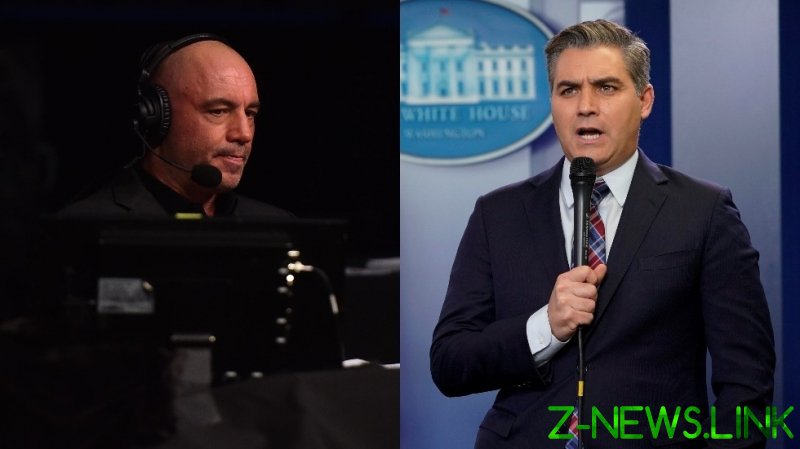 If you think Joe Biden entering the White House and a Covid-19 vaccine will return the world to some vague sense of normalcy in 2021, you haven’t been paying attention.

Cultural divides have only grown sharper in 2020, partly fueled by a heated and contested presidential election and virtue-signaling stemming from Covid-19 on both sides of the political aisle. Meanwhile, wokedom has quietly grown, claiming new victims this year and promising more cultural battles and changes to come in 2021.

If you want a look at what the mainstream media will be in a post-Trump presidency world, look no further than CNN’s ‘Reliable Sources.’

On last Sunday’s show, host Brian Stelter invited six “CNNers,” including constant Trump critics Jake Tapper, Jim Acosta, and Daniel Dale, onto his show to reminisce about what it was like to survive the “Trump years.” Listening to the ‘journos’ talk about their battle to call out the “lies” of the president and other White House officials, the conversation had the feel of war veterans gathering to discuss their time in the trenches together, fighting for their flag.

These ‘brave’ souls patting each other on the back for nearly an hour is exactly what mainstream media/panel discussions will be in 2021: journalists reminding the world of their victory over Trump and virtue signaling to the most extreme base on the left, practically begging to be thanked for their service.

Have you shown appreciation for your local liberal advoca, ahem, journalist yet?

4. ‘Family Guy’ eaten by its own liberal base, platformed conservatives like James Woods and Rush Limbaugh.

Fox’s ‘Family Guy’ has managed to toe an impressive line for nearly two decades now. The series has pushed irreverent, politically incorrect humor while never getting the heat and chants of ‘shame’ that come from the woke mob anytime an animated series like ‘South Park’ decides to poke fun at the whole world, liberals included.

‘Family Guy’ has managed to do this by constantly earning its liberal bona fides by making sure conservatives are always on their list of safe targets. Despite this, however, the cartoon has a dark, dark secret, one that could be weaponized against it should it ever cross the line in an increasingly triggered world: they gave mean, old conservatives a platform.

Trump supporter James Woods has appeared in multiple episodes of the series and is a staple among fans (though he’s been MIA for a few years now), and Rush Limbaugh got to sell himself to a younger generation in an episode that was almost an advertisement for his radio show (he also appeared in one of the show’s famous ‘Star Wars’ parodies).

In a culture where the standards for words and behavior is growing increasingly extreme, ‘Family Guy’ is going to have a more and more difficult time existing. A recent episode even won some praise from conservatives for poking fun at the extent political correctness has gone, with patriarch Peter Griffin trying to make a gender inclusive nativity scene.

While the segment pushed back against extreme transgender ideology, it finished up with Griffin taking a dig at himself for being “white,” therefore saving the show once again from the pitchforks of liberals. But how long can they pull that hat trick off?

These days, even speaking to someone deemed ‘hateful’ for their conservative viewpoints can earn one a wave of pushback (see: Alex Jones on Joe Rogan’s podcast), so how long before ‘Family Guy’ tells the wrong joke and its past comes back to haunt it?

2020 saw episodes of television shows like ‘It’s Always Sunny in Philadelphia’ and ‘The Office’ censored after being deemed too controversial for today’s climate. Add to that trigger warnings on classic comedies like ‘Blazing Saddles,’ and the cultural wave of Black Lives Matter swallowing shows like ‘COPs’ and ‘Live PD,’ and the targeting of a long-running series like ‘Family Guy’ seems the only logical next step to feed the increasingly hungry woke wolves.

3. Casting upsetting the woke mob? No problem! Everybody just plays themselves.

Movies were basically canceled in 2020 with most theaters closing their doors, and many of the year’s biggest releases dumped onto streaming services or pushed to an uncertain future. However, one trend that caught fire in 2020, and seems to only be getting stronger, is in the area of casting.

Halle Berry ducked out on a gig playing a transgender character after ‘misgendering’ during an interview, and Shia Labeouf continues to be accused of ‘brownface’ for a role in ‘The Tax Collector’ where he plays a white gangster based on multiple real people. Don’t let facts get in the way of a good narrative though.

The latest casting controversy comes from the series ‘The Stand,’ which hired a non-deaf actor to play a deaf-mute character. Hollywood insiders and deaf activists have promoted boycotts of the show over the casting decision (the mute thing is irrelevant, apparently), and CBS has responded by actually meeting with activists.

This meeting and other bowing-down responses to woke mobs who can’t wrap their heads around the idea of acting is only empowering the woke mob, and they will get more than blood in 2021.

While the only way to truly please this crowd would be for acting to simply be retired and people to only play themselves, it’s more likely consultants or advisory panels of social justice warriors with degrees that cost six figures will be let into the casting and pre-production process of film and television projects and force actors playing certain roles to be able to fit a certain number of ‘victim’ boxes that way they can prove that they too, like any good liberal, belong to enough victim classes to be able to do their job without bias.

2. Joe Rogan leaves Spotify, torches everything in his wake.

Joe Rogan has remained relatively unfazed by well-documented internal protests at Spotify over a $100 million contract the comedian and podcaster signed earlier this year.

The outrage stems from all the usual places: he’s white, he’s straight, he doesn’t blindly buy into every transgender narrative, and he has conservatives like Ben Shapiro and Alex Jones on his program.

Rogan has said whatever pressure employees are putting on the company has not affected the content of his podcast, though some fans questioned certain episodes, including ones with Jones, being delayed in their move over to Spotify.

Rogan officially moves exclusively to Spotify on January 1, and that will be the true test of his willingness to stay with the streaming giant. Once he’s exclusively platformed though one place, it can give activists within the company more power to protest or push back against an episode containing, say, Alex Jones or any of a number of Trump supporters, who will surely find trouble getting platformed going forward.

Rogan had a successful podcast long before Spotify came along and he’s made clear he refuses to change his content for anyone. It’s only a matter of time before he realizes someone labeled ‘right-wing’ like him can only survive in the mainstream by being on the defensive, and anyone who listens to Rogan knows he’s no fan of defending himself.

The truth is Rogan can go solo and create a podcasting platform himself to match Spotify’s. Their other attempts at expensive podcasts include one from Michelle Obama and another from Prince Harry Meghan Markle. Think those will be enough to keep their podcasting experiment alive if Rogan decides to jump ship?

Considering the amount of zaniness and pot that’s passed around when Rogan invites his most controversial guest and friend Alex Jones on, perhaps a political ‘Cheech & Chong’ style show is in order from the duo in 2021.

Name five 2020 performances that are, without a doubt, worthy of a best performance nomination. Go ahead.

The truth is the average person likely hasn’t consumed a whole lot of new films in 2020 thanks in part to theaters shuttering, as well as the fact that celebrities have spent the majority of their time praising the performances of liberal politicians, rather than their artistic peers.

Think Biden winning an Oscar is far-fetched? Is there anyone you can think of who would be at the ceremony who would object?

Plus, another politician won a major entertainment award this year: Andrew Cuomo. His “creative” output was apparently his press conferences which the Emmy Awards found to be “calming” during the pandemic. Forget controversies about nursing homes, sexual harassment, and lockdowns destroying businesses and just drink in the wondrousness of this sentence: Andrew Cuomo, governor of New York, won an Emmy Award in 2020.

Biden being given gold by his Hollywood worshippers doesn’t seem so crazy now, does it? Perhaps they’ll start with a Golden Globe and work their way up in the name of fairness though.