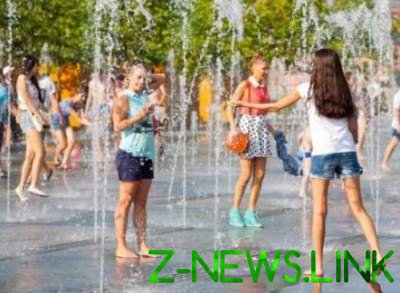 Scientists have conducted an unusual study.

A group of researchers from Stanford University (USA) studied the impact of climate change on the economy of individual countries in the period from 1961 to 2010. It turned out that the warming has increased inequality by 25%.

If the average temperature was lower, the gap between rich and poor regions would be less.

In the new work, experts have tracked how the average annual temperature affects the economy of each country individually. They took into account other factors, including the development of new technologies.

The authors built two models. One real and the second hypothetical, according to which humanity produces no greenhouse emissions and does not pollute the environment.

Comparison of models showed that from 1961 to 2010 economic growth in countries closer to the equator has decreased due to climate change.

GDP in these regions could grow by 25%, if not for the effects of global warming.

At the same time, economic performance of countries with a cooler climate has improved by 20% due to the moderate warming. For example, Norway’s GDP per capita increased by 34% since 1961. Whereas in India, the figure fell by about the same amount.

Scientists emphasize that seemingly insignificant changes caused by the warming may eventually lead to negative consequences. So, agricultural enterprises lose profits due to the heat wave and subsequently abandon the investment in new equipment and technology. In the long term this decision will affect their growth.

See also:  In Moscow, archaeologists made an interesting discovery

According to world Bank estimates, climate change will reduce GDP and standard of living in South Asia. In Bangladesh, the average income of the population will be reduced by 14.4%, in India by 10%.

In the US, global warming may lead to a loss of 10% of GDP, and in Russia because of rising average temperatures will increase mortality, increase the number of pests, and the roads will be even worse.