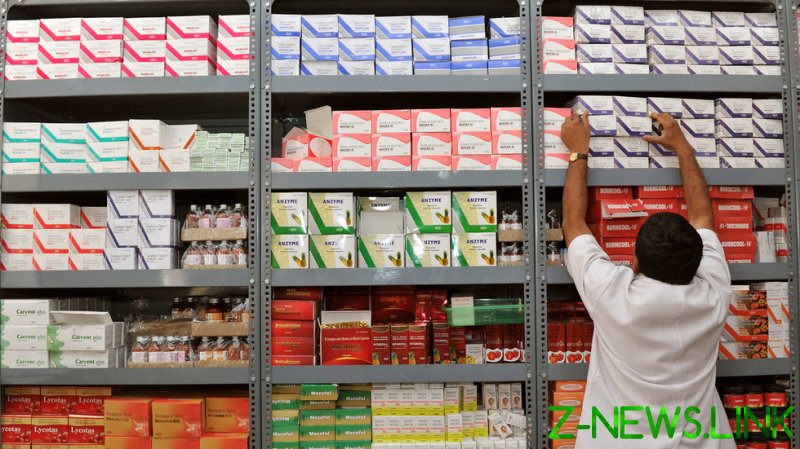 Indian pharma firms could soon find new business opportunities in Russia as a number of European and US corporations suspend some operations in the country over its military operation in Ukraine, Moscow’s ambassador said.

Speaking to the Rossiya 24 channel on Friday, Ambassador Denis Alipov argued that India is a leading manufacturer of generic drugs identical to famous brands, calling the nation a “world pharmacy.”

“The withdrawal of many Western companies from the Russian market and those niches that have been vacated may actually be occupied by Indian companies in many industries, in particular, in pharmaceuticals,” he told the broadcaster, adding that India “has long and actively been present in the Russian market” – including joint medicine production ventures – “and I think even greater opportunities will open now in this niche.”

Alipov’s comments come after a series of Western pharmaceutical companies declared they were suspending “non-essential” work in Russia over its attack on Ukraine, among them Pfizer, Eli Lilly and Sanofi. The former corporation, for example, said it would “no longer initiate new clinical trials in Russia” due to the military operation and the “brutal situation it has created.”

However, some of those firms have noted they will not leave Russia entirely, with Pfizer adding that it remains committed to “providing needed medicines to the patients already enrolled in clinical trials.” Eli said much the same, continuing to deliver certain medicines in the country even as it suspends “all investments, promotional activities, and new clinical trials.”

While New Delhi has come under Western pressure to sever its trade ties with Moscow, it has yet to budge on those demands, reportedly signing a deal to import Russian crude oil at a discounted price earlier this week despite a sweeping sanctions campaign led by the US and a long list of European allies. China has also faced similar calls to distance itself from Russia, but has refused to comply, denouncing the wave of sanctions as unhelpful and at odds with international law.