Home / economy / Increase in pensions for military these new payments

Increase in pensions for military these new payments 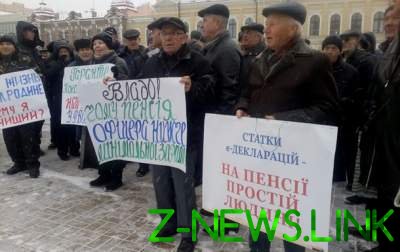 Former military increased pensions on 763 of the hryvnia, says Reva.

After the increase in the average size of pensions for the military is 4682 UAH. On Tuesday, March 26, said Minister of social policy Andrei Reva.

He noted that the process of recalculation of pensions started from 1 January 2019 and at that time pensions have been increased to 500 thousand ex-servicemen.

According to the Minister, for former military pensions were increased by UAH 763.

“I can tell you that the average pension granted according to the law on pension support of servicemen, we have in Ukraine is 4682,05 UAH”, – he said.