In Warface there was a regime of the battle Royal 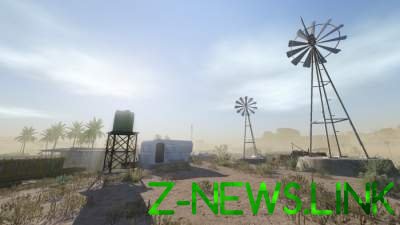 In the “Royal rumble” version of Warface is available in more than 70 types of weapons and equipment.

It would seem, in the hands of Mail.Ru is already the largest “battle Royale” at the moment — PlayerUnknown”s Battlegrounds. But the publisher felt that battles to the last survivor may not be too much, so have introduced a similar regime in the online shooter Warface.

New fun and is called “battle Royale”. The participants planted in the area of the Mojave desert and pits between them. Rules are classic: a large space which gradually tapers to a small Piglet, finding weapons and planes dropping boxes with the most valuable items.

In the “Royal rumble” version of Warface is available in more than 70 types of weapons and equipment.

Mode is already in the game. In the near future, the developers plan to listen to the opinions of gamers, to define the further vector of development of the “battle Royal”.

Recent update also adds new weapons: Desert Tech MDR-C for engineers and elite versions M16A3, MAG-7, ACR CQB, AX308 and H&K USP. In addition, there were 88 grade, and the developers have made a rebalance, increased protection of the game client and modified the appearance of several guns.