Home / Science and technology / In Ukraine, a popular mobile operator has tested the 4G network

In Ukraine, a popular mobile operator has tested the 4G network 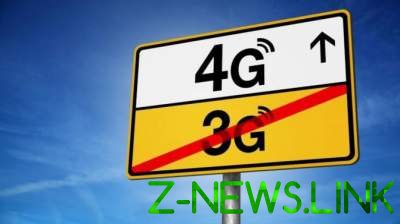 Successful testing of 4G network was held by the company Lifecell.

Lifecell and Ericsson held an open testing LTE, reaching a peak rate 453,89 Mbit/s
During the event, the company also demonstrated new features that will be available to users after the introduction of 4G in Ukraine. First and foremost it was about the three main advantages that distinguish LTE from previous generations of communication – high speed data transmission, the possibility of mass videopokerenlinea and running projects of the Internet of Things.

In his opening speech, Ismet, Azygy, chief Executive officer of lifecell said: “We are pleased to contribute to the development of Ukraine and will continue to invest in the development of new technologies, creating the best 4G network for Ukrainians and providing quality services to our subscribers and business customers. I believe that this will become a new stage of development of the economy of the country.”

Andrew Somache, CEO of Ericsson in Ukraine, commented: “While Ukraine is preparing for implementation of mobile networks of the fourth generation, the world has accumulated extensive experience in their unfolding and application. We hope that our global expertise will help lifecell to deploy the fast and high-quality 4G network in Ukraine to provide its clients superior customer experience and innovative services”.

During the event, a series of speed tests of the 4G network that is deployed on the Ericsson equipment in the premises of the office of lifecell. The peak figure was 453,89 Mbit/sec. It should be noted that the test network in all the characteristics were as close to real LTE network, which very soon will be deployed in Ukraine. During the demonstration was used by commercial smartphones available on the market.

According to Ericsson forecasts, by 2025 the world will have 1.5 billion connections, and the total global revenue from IoT-technologies will reach $ 200 billion. Benefit from the mass adoption of IoT will get almost all industries, especially the public utilities sector, housing, urban infrastructure, medicine, transportation and industry.

For example, the installation of low-cost sensors fill 1,300 trash cans in the city can save up to $1 million, and connection of manholes, to prevent their theft and to protect people from injury, as was proven during the pilot project, Ericsson and Spanish mobile operator Telefonica. IoT modules operating on the standard NB-IoT, will also be essential in the organization “clever” underground Parking garages, as they can provide the required coverage at the lower levels, where a normal mobile Internet is unavailable. And all this without the need for additional investment in infrastructure.

As an example of the possible use of IoT technologies in LTE networks, Ericsson has demonstrated the participants are connected via standard CAT-M1 truck that allows you to track the movement of cars, changes in temperature of the body, opening doors and possible accidents in real time, using inexpensive sensors, Autonomous working up to 10 years without battery replacement.

The network of the fifth generation have great potential to transform whole industries, so the equipment manufacturers, mobile operators and research institutes are already actively exploring possible areas of their application. One of these research projects, Ericsson presented at the event.

Using points of virtual reality, the participants were able to move into the mine, the company Boliden AB in Sweden and to experience first-hand how the networks of the fifth generation will make the work of miners easier and safer. Precise positioning and ultra low delay will give workers opportunity to interact with the automated system and to control appliances from outside of the mines, and the mobile AR technologies will enhance productivity and save lives in emergency situations.