Home / Science and technology / As the Chinese are manually cut down these caves?

In 1992, Wu anai, incredibly curious a resident of the Chinese village of Lunjiao, collected the money together with neighbors to buy a water pump to pump water from the pond. Pond for residents of the village of Lunjiao was not only a place for fishing, washing, and other routine household chores, but also the object of mystical history, because the pond, according to legend, was bottomless. But fantastic theories did not satisfy Wu Anaya, and so he decided to dry the rod. In the end it turned out that it was not a pond, and flooded the entrance to the ancient man-made cave. 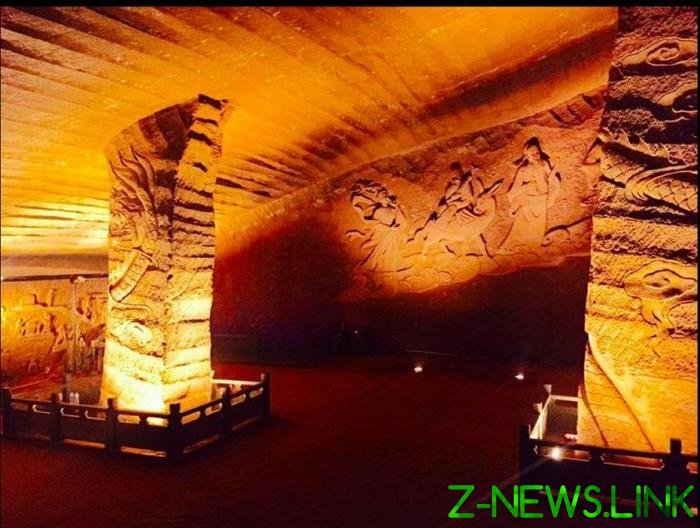 Striking not only the scale of these tunnels and caves, called the Caves Longue (Longyou Grottoes) , built in Zhejiang province in the year 212 BC, but also the amazing finish from floor to ceiling, consisting of evenly spaced at an angle of 60 degrees inclined lines.

Today, discovered 24 of the cave. They were all created by human hands. Despite the fact that during the cutting of these grottoes were removed nearly one million cubic meters of stone, there is no historical evidence of these works. 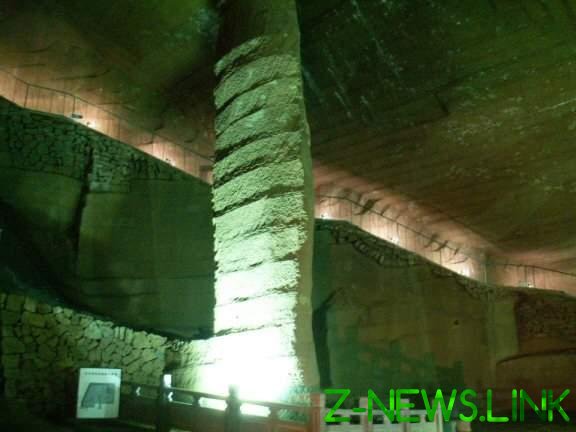 Their origin is simply a mystery. There is no explanation for their existence. They are one of the largest man-made caves of antiquity.

The Chinese consider them the Ninth wonder of the world.

The area freed from the water of the cave was about two thousand meters, and the highest place it reached thirty feet. Four columns of this first grotto located symmetrically. Inspired by this discovery, Wu continued to pump water from the other four caves to ensure that they all have the same signs on the walls and ceiling. 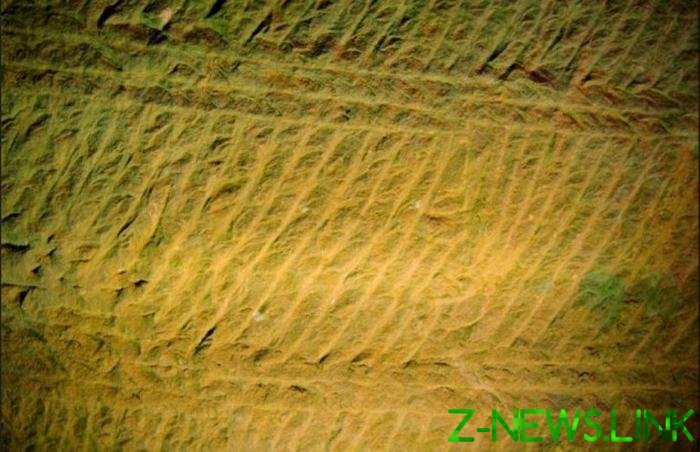 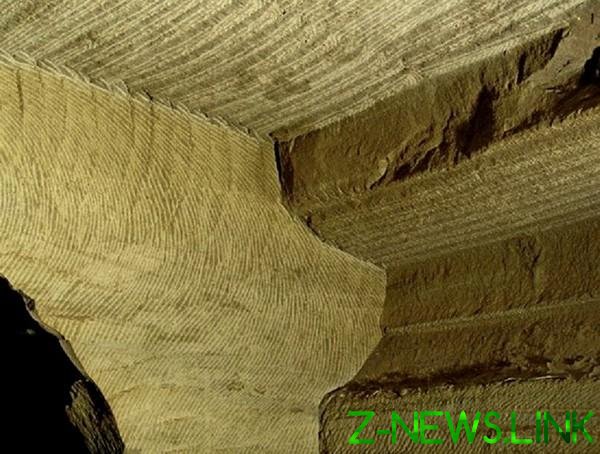 Fluent rating of brute force required for the construction of these five caves, inspires fear. To build each of them had to require cutting down about thirty-six thousand cubic meters of stone. While in the village of Xianbei found twenty-four of the grotto, respectively, which is about defeatist thousand cubic meters.

The carvings on the walls and ceilings of caves done in a certain manner, which some consider symbolic. The pattern is similar to pottery from the nearby Museum, Dating back to 500-800 BC. 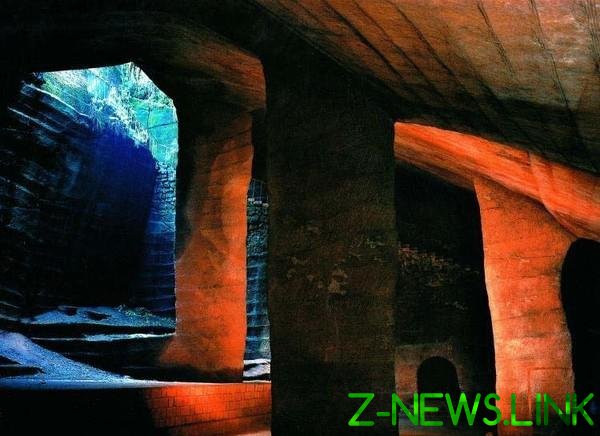 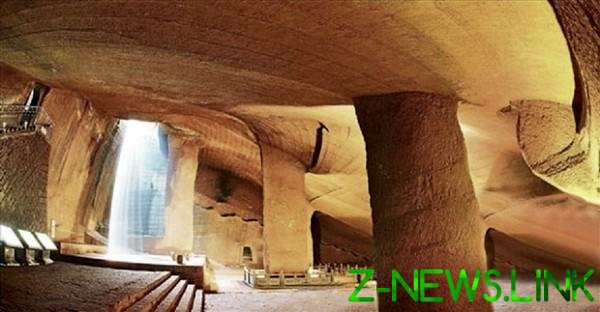 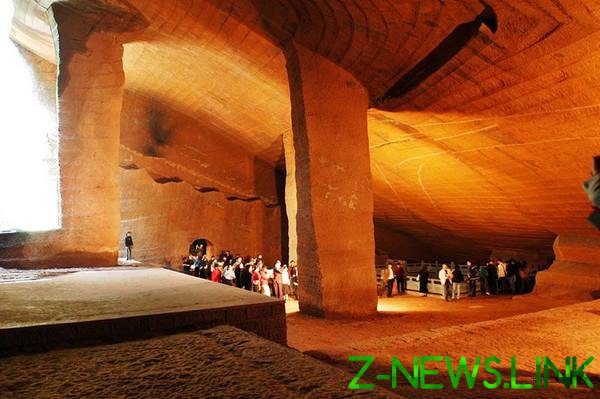 Say, seven of the discovered caves are located as the seven stars of the Big dipper.

The biggest cave was known as the “underground Palace”. Its dimensions are staggering: 12600 sq. m. the manmade caves confirm stone bridges over the river, stairs, passages and large columns.

Caves luniu marking was a monumental project and continue to keep his mysterious secret to this day.