Home / Incident / In Transcarpathia the minibus moved down in a ditch: children suffered

In Transcarpathia the minibus moved down in a ditch: children suffered 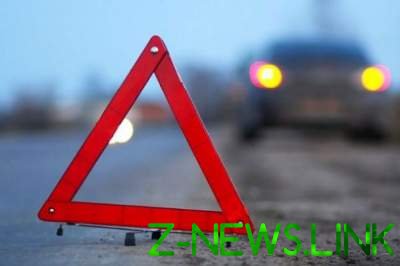 The bus had seven children.

Five children were injured because of the accident, which occurred yesterday in the village Kotel’nytsya of Volovets district in Transcarpathia.

The police reported that the driver of the Nissan Primastar not lost control and drove off the road into a ditch. In the car at the time of the accident were 10 passengers, seven of whom were children.

“The investigative team arrived at the scene of the accident found that the 32-year-old resident of the village of Kalyny, moving from Lviv to Kiev, from-for bad weather lost control of the car and swerved off the road into a ditch. As a result dorozhno-transport incident five children were injured and taken to Volovets Central hospital” – told in police.

As noted, the driver of the car was sober. The fact of the accident the police began the investigation.

Now open criminal proceedings under article 286 of the Criminal code of Ukraine (violation of rules of traffic safety or transport operation by the person which manages a vehicle, which led to the victim of average weight injury).