Home / Society / In the river, archaeologists made a surprising discovery

In the river, archaeologists made a surprising discovery 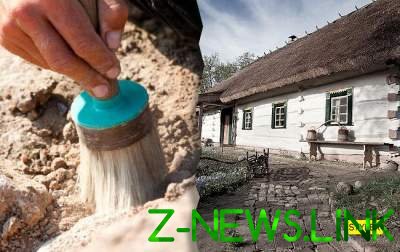 Ancient dwelling was found in the fortress.

In the river during large-scale archaeological excavations on the territory Novobogoroditskaya fortress, which was conducted in 2017, was discovered by a manor house of the XVII century. This was stated by the candidate of historical Sciences, associate Professor, head of the Dnieper archaeological expedition of Institute of archeology of NAS of Ukraine Dmitry Teslenko on a press-conferences in news Agency “BRIDGE-DNEPR”.

“We explored that part of the cultural layer, which refers to the time of existence of the Old Samari – the village-the predecessor of the fortress. This place we found thanks to the work of the expedition Irina Kovalyova, who ran the place for ten years. Our task was to define the edge of the Old Samari. As a result of excavations was discovered a manor house of the XVII century. This house with a total area of 32 sq m – large enough for those times. That there lived a rich people, according to the Russian, Turkish, Swedish, Polish coins, jewelry, crosses, imported glassware and clay, silver buttons, ring with coral accents. The furnace was equipped with a tile”, he said.

According to him, the archaeologists were able to learn what our ancestors ate Pets, poultry and fish. At the research site were found the remains of a carp is a fish species that previously were carried out in Samara, and are now on the verge of extinction and listed in the Red book of Ukraine.

“The fact that this was a wealthy family, confirms the fact that we found no tools that would allow us to conclude that they were engaged in some craft,” said Teslenko.

He stressed that the archaeologists have not found anything that would be dated to the later seventeenth century, from which it follows that before the construction of Novobogoroditskaya fortress manor house was destroyed and burned.