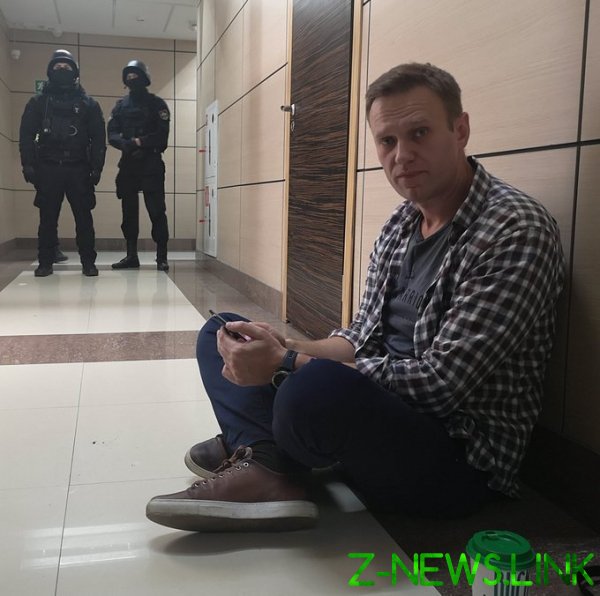 In the office of the Fund of struggle against corruption (FBK) Alexei Navalny is being searched again. Surveillance cameras at the office was sealed, the door carved with a grinder. As reported by the very opposition, this happened during the briefing.

The press-Secretary of the FCO Kira Armys reported that Navalny “detained by force and taken away,” he did not resist. The others released from the premises, the FCO was left to lawyers. “Apparently, the presents under the tree children from the police ended, they came to the FCO to replenish stocks of equipment,” – says the Armys.

Later, Navalny said that he “just dragged out of office (for some reason)”. He added that he withdrew from his backpack discharged reader e-book “the Witcher”. “Men in black caps loaded the book, make sure that there’s “the Witcher”, and returned it to me. Seriously,” – said the politician.

According to the source “Vedomosti” in law enforcement bodies, searches in FBK are held in the old criminal case on the financing of the Fund. With the thing about “money billion” the detention of Navalny is not connected, said the newspaper’s source in the interior Ministry.

Instagram in Bulk it is reported that searches are associated with failure to remove from YouTube an investigation 2017, “He’s not Dimon” about the Prime Minister of Russia Dmitry Medvedev. “For it is against the Director of the FBK Ivan Zhdanov opened a criminal case and in this case – search. Well, that is just another RAID and confiscation of property”, – Navalny wrote, adding that the movie will not be deleted even though “no pressure.”

In a video posted by Navalny’s campaign staff, heard that the security forces ordered people to be against the wall and be silent.

Navalny associate Leonid Volkov, said on Twitter that the RAID involved commandos of the Federal bailiff service (FSSP). Almost simultaneously with their visit was blocked the card for donations to the Fund, which hasn’t happened for three months. “Well, that is all actions are very synchronized,” said Volkov. In the office there were about 40 employees.

“At this time, all the staff in the office, and can be overcome by more technology. Well, the mood before the New year the maximum damage. How can you pass up this opportunity!” commented wolves. According to him, investigative actions are intended to disrupt the evening live “Bulk Live”, which gathered last week to 1.4 million hits.

In the Studio “Live Bulk” are also searched. In addition to employees in the form whose faces are hidden behind masks, went there and people in civilian clothes, also wearing masks. Security cameras taped over.

Employee FBK Vladimir Belomyttsev said “Open media” that whole team was searched and confiscated their personal laptops. This was confirmed by Leonid Volkov.

Ivan Zhdanov said “Open media” that the court in the case of refusal to remove the film “you do not Dimon” to be held in the near future. Director of the FCO have already delivered a summons to the hearing on Friday should.