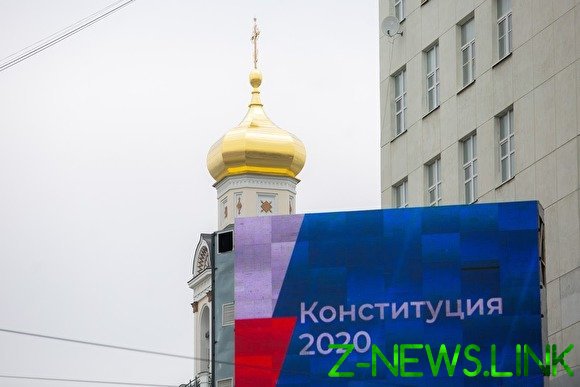 And sent it for examination to the Venice Commission

In the Council of Europe has today considered the petition of the Russians about the need for legal review of proposed amendments to the Constitution of the Russian Federation and the procedure for their adoption and decided to send a request for examination to the Venice Commission. The timing of this procedure are not yet known. About it Znak.com said the authors of the petition the lawyer-constitutionalist Stanislav Stanskogo and human rights activist Yuri Dzhibladze.

A petition of more than 200 thousand Russians, including more than 120 Russian human rights activists, lawyers, academics, political analysts, politicians and public figures, were discussed at the online meeting of the monitoring Committee of the parliamentary Assembly of the Council of Europe. Appeal to hold an urgent legal review of amendments to the Constitution and the procedure for their adoption was supported by the members of the Committee.

“The Committee took a positive decision about the direction of this request to the European Commission for democracy through law (Venice Commission of the Council of Europe). The Commission is empowered to give a legal assessment of the constitutional project of member countries of the Council of Europe. Her expert assessments are Advisory in nature,” say the authors of the petition with reference to the members of the monitoring Committee.

The Venice Commission should review changes to the Constitution of the Russian Federation on compliance with European and international standards of democracy and the rule of law and the legal obligations of Russia within the Council of Europe.

As previously reported, in mid-June, the Venice Commission should publish its assessment of the amendments only to the 79th article of the Constitution on the law of the Russian Federation not to execute the decisions of international bodies.

Recall, March 14, Vladimir Putin signed adopted by the state Duma and Council of Federation the law on amendments to the Constitution of several dozen amendments, including the nullification of presidential terms for the incumbent head of state. A key amendment would allow Vladimir Putin to run again for President and be in power until 2036. Among other amendments — the Constitution’s mention of God, the Russian language as the language of the “constituent peoples” and prohibition on “falsification of history”. In addition, the amendments provide the redistribution of powers between the branches of government, the priority of Russian laws over international law, enshrines the concept of marriage as the Union of man and woman.

In the next six months, Russia can take a vote on amending the fundamental law of the country. Initially it was to be held on April 22, but was postponed indefinitely due to pandemic coronavirus. According to sources Znak.com the vote may pass on 8 July. Kommersant and RBK reported that the vote can take place on 24 June. However, voting took place on 24 June, it must be today, may 27.