Home / INCREDIBLE / In the Caribbean sea formed a “garbage patch”

In the Caribbean sea formed a “garbage patch” 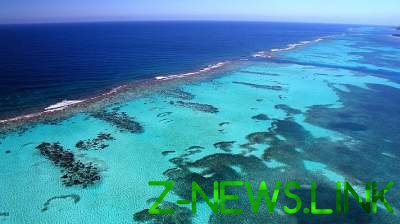 Off the coast of Roatan island, (Caribbean sea) discovered a large concentration of plastic.

The shores of the island, which is considered a desert, filled with debris.

In September, the government of Honduras stated the deterioration of the ecological state of the island.

“Previously it was thought that this is due to the recent hurricanes in the Eastern Caribbean sea. But it’s not. The coastline is littered with plastic waste that are consequences of careless handling of garbage”, – stated in the message.

It is noted that the world has known three “junk spots”. The largest of them – Pacific “motorboat”, discovered in 1997, after years of monitoring the amount of waste discharged into the ocean. Two more accumulation of plastic and other not biodegradable debris located in the Indian and Atlantic oceans.

Recall that the excess of plastic waste has become a problem for many countries in the world. Ukraine is no exception. Every year, our country accumulates about 12-15 million tons of solid waste, 40% of which is packaging.

Experts indicate that the problem lies in the lack of motivation of Ukrainians civilized way to handle garbage, in particular plastic bottles.

Looking for an efficient system for the collection of containers has worried people’s deputies of Ukraine. In June, they visited Germany to familiarize yourself with their Deposit system for collecting used plastic bottles and cans. The principle of operation of the system is that upon delivery of the containers in randomity this special machine returns some of the money paid upon the purchase of a drink. The Germans claim that the new system encourages people to civilized delivery of used packaging. For most German families, the return of empty bottles in randomity has become a tradition of the day.

See also:  The people of Kiev revolted tube formed due to patrol

Except Germany, this system operates in Sweden, Norway, Finland, Denmark and Estonia. For example, in Norway due fundametal collect 95% of the packaging in Finland – 93.3%, and in Denmark – 89%.