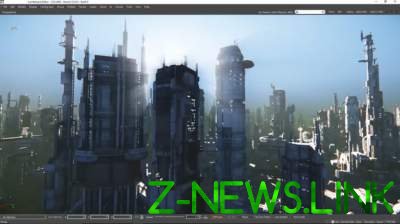 The main theme of the movie became a massive procedurally generated city of enormous size.

At the last event CitizenCon 2947, which was held at the end of last month, the team Cloud Imperium Games has tried to impress the users unfinished Star Citizen a huge city the size of an entire planet. Project leader Chris Roberts (Chris Roberts) have compared it with Coruscant from Star wars.

Now in a new video, the developers decided to tell how I achieved such amazing results (and if you think that all that beauty was drawn specifically to show at CitizenCon 2947!). Help: the trick lies in the technology of the procedural generation of cities.

Meanwhile, the amount of contributions from the players of Star Citizen continues to grow. This week 1 913 364 people who still believe the promises of Cloud Imperium Games, has enriched the Treasury of the company for a further 250 thousand U.S. dollars (in the budget space simulator $ 164 396 105 USD.).