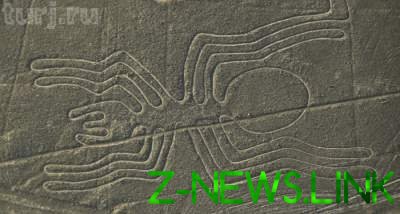 Archaeologists have made another discovery.

According to the researchers, age 70-meter image of the whale can be more than 2000 years.

Archaeologists say that this may be one of the oldest geoglyphs (helpit is applied to the land or geometric shaped pattern, as a rule, over a length of 4 metres) in the region of Palpa. Perhaps he is even older geoglyphs in the neighboring region of Nazca, which is famous for its extensive collection of ancient signs of the Nazca Lines.

Archaeologist johnny Isla, head of the Ministry of culture of Peru in the province of ICA, which includes the valleys of Palpa and Nazca, explained that he first saw the photo of the geoglyph about four years ago in the German archaeological Institute in Bonn.

Photo appeared in the archaeological catalogue of the geoglyphs, printed in the 1970-ies, based on research conducted by German archaeologists in Palpa and Nazca in the 1960-ies, said Isla.

“But the location and size of the geoglyphs of the whale was described in the catalog is very bad”, says Isla.

As a result, according to him, the location of the geoglyphs in Palpa valley, about 250 to 400 kilometers South of Lima, by the time it was not known nor local residents, nor a scientist.

Back in Peru, Isla began to search for the mysterious Nazca using Google Earth, and then on foot. “The search was difficult because the location data was incorrect, and I almost lost hope,” he said. “However, I expanded my search and finally found it a few months later,” in January 2015.

After documenting the re-opening of Isla led a team of six specialists from the Ministry of culture of Peru to clean up and restore the geoglyph of the whale in March and April of this year.

The creators of the geoglyphs drew it on the hillside, removing a thin layer of stones to form the outline of your shape. This is similar to the technique used by people of the Nazca culture to the creation of geoglyphs, around 100 BC to 800 BC

The researchers said that some contrasting pieces to re-open the drawing, such as eyes, were created from piles of stones. This technique has been used more than the old culture of Marakasov who occupied the region from approximately 800 BC to 200 BC

The style of drawing and its location on the hillside and not on the plain, suggesting that he may be one of the oldest of the geoglyphs in the region, said one of his colleagues Isla, Marcus Randall from the German archaeological Institute, in an interview with German newspaper.

Isla and Reindel investigated the Palpa region since 1990-ies, identifying more than 1,000 geoglyphs, according to an article published in 2005 in the journal Andean Past.