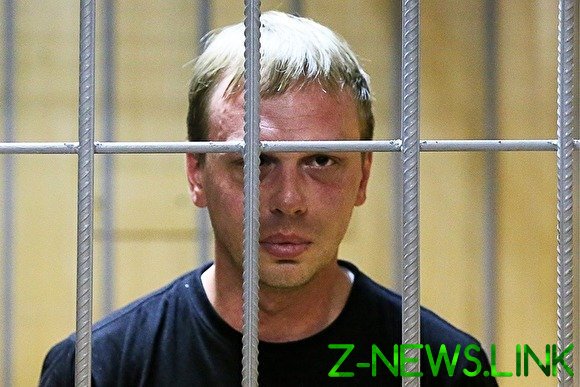 In Moscow on 12 June, the journalists are going to hold a March in support of their colleague Ivan Golunova, arrested on charges of attempted drug trafficking. The announcement of the event appeared in Facebook.

The marchers plan to gather at 12:00 at the metro station “Chistye Prudy”, and then go on the route: butcher — Lubyanka — the Kuznetsk Bridge, Stoleshnikov — Dmitrovka. The March ends at the building of the Moscow Department of internal Affairs on Petrovka, 38.

“We come in peace, in the hands will bear the newspaper articles about Ivan Golunov, so we will not agree on our marsh, — said in the announcement. — I hope that the city authorities will not obstruct the March, but cannot guarantee this. We have the constitutional right to freedom of peaceful Assembly”.

See also:  Russia reacted sharply to the cooperation between Ukraine and Croatia

Among the requirements of the participants — to free Ivan Golunova, to close the case against him a criminal case and to punish those who planted the journalist drugs, fabricated and ordered a criminal case.

Special correspondent of “Medusa” Ivan Golunova was detained June 6, June 8 Nikulinskiy court of Moscow sent him under house arrest on charges of attempted drug trafficking (article 30, article 228.1 of the criminal code). The police claimed to have found when Golunova in his apartment convolution with drugs — mephedrone and cocaine.

The journalist insists that they had been planted. According to him, the security forces beat him up and not allowed to contact his relatives. The doctors said that he found Golunova hematoma on the back, multiple abrasions of the chest, contusions of the ribs. It was also reported suspected concussion. In court Golunov declared that considers itself innocent, and associates his prosecution with his publications about the funeral business, which had received threats.

See also:  The expert clarified the situation around the "Ukrainian trace" in the DPRK

On the morning of 10 June, the leading Russian business publication — the newspaper “Kommersant”, Vedomosti, and RBC for the first time in its history came with the same editorials. On the cover the words: “I/We Ivan Golunov”. Media published a common editorial statement demanding a thorough investigation of the journalist.