Home / policy / In Kiev, the police detained the activist of the Belarusian Embassy 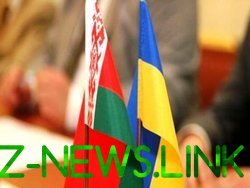 Activists gathered in the capital near the Belarusian Embassy. Skirmishes with the police, one activist was detained.

Under the Belarusian Embassy in Kiev was rigid detention of the activist. It is reported by Telegram-channel PavlovskyNEWS.

“According to the police, he wanted to toss the egg into the building. A little later, there was a hard battle – torn police car numbers. People tried to take back the detainees”, – is spoken in the message.

The footage of the video you can see how near the Embassy of Belarus is undergoing a scuffle between police and activists.