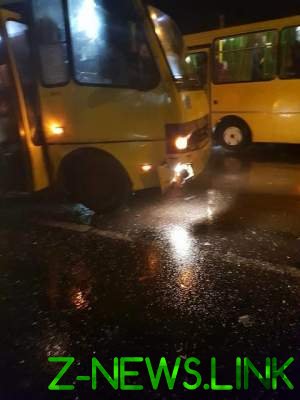 The driver of the bus, considering revenue, rammed a minibus and three cars

In Kiev on Friday, December 1, bus driver staged a large-scale accident on Brovarsky Avenue at the military part.

According to eyewitnesses, counting money while driving, the driver of the bus 403 rammed beads and three cars.

No injuries were reported. The details of the incident are being investigated.

Earlier in Kiev the bus began to smoke while transporting passengers. It is noted that the incident occurred with the bus, plying on a route No. 573, from the Boulevard of Ivan Lepse street Budischanskaya. One of the passengers was filming the incident on video and published on social networks, what brought the incident to the attention of the townspeople.