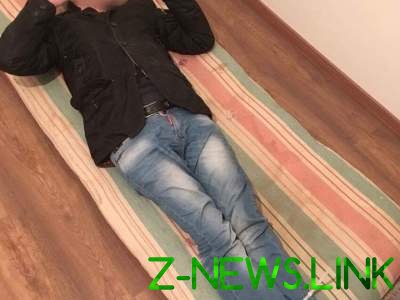 The Prosecutor told the details.

Law enforcement provided information to criminals about where is the entrepreneur.

The Prosecutor’s office reported about suspicion to one of chiefs of Department of criminal police of Desnyansky district management of militia of GU Ministry of emergency in the capital in fact of assistance to criminals in the abduction of Kiev businessman and who demanded half a million hryvnia for his release.

Found that last month, a militiaman, and gave the coordinates of the location of the entrepreneur multiple attackers. Using data from bandits on 29 September this year in Exactly the kidnapped businessman.

Further, with the help of law enforcement men took a businessman in one of the villages near Kiev, where they held him and demanded a ransom.

We will remind, on September 30, police freed the victim, and two kidnappers were arrested.

So, the Minister of law and order declared suspicion under part 5 article 27, part 2 of article 146 of the criminal code of Ukraine (complicity in kidnapping and illegal deprivation of liberty of a person of selfish motives on preliminary arrangement by group of persons).

Also, on October 27 this year, the court granted the request and took the suspect into custody.